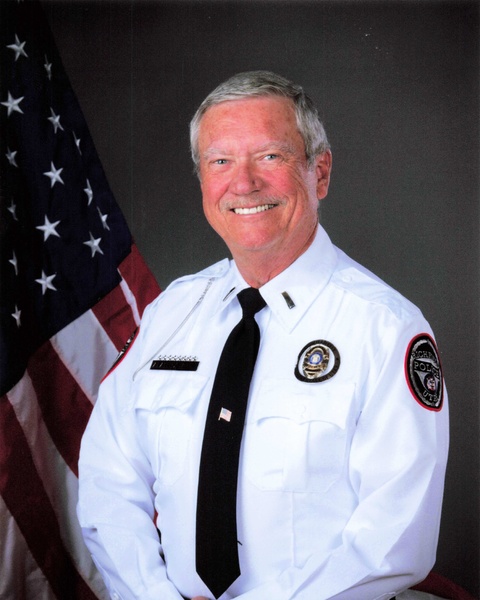 Retired Lt. Alan L. DeMille of Richfield, Utah, age 66, passed away after a valiant battle with ALS, on Monday, October 3, 2022, surrounded by his loving family.
Lt. DeMille was born August 17, 1956, in Richfield, as the youngest child of Theron and Elsie Jensen DeMille of Monroe. He grew up loving the outdoors, fast cars, weaponry, and discovered at age 16 after riding around with a local officer that he wanted to enter Law Enforcement as soon as he was able.
On June 26, 1976, Alan married his eternal soulmate, Nedra Bateman, in the Manti Temple.
Alan graduated from South Sevier High School and went on to join the U.S. Army. During his military career he was selected to join the elite 3rd Infantry Regiment (The Old Guard), in Washington D.C., received White House Security clearance and participated in many events, including President Jimmy Carter’s inauguration. When his enlistment was up, he had to make the difficult decision to either reenlist with Military Intelligence or return home to pursue a career in Law Enforcement. After an honorable discharge he returned home to a place he loved and community he wanted to serve to begin his impressive 42-year Law Enforcement career.
Alan started as a Dispatcher/Jailer with the Sevier County Sheriff’s Office and within a year was made Field Officer for Monroe City. After Monroe City discontinued their contract with the Sheriff’s Office in July 1979, he was made a Monroe City Patrolman. Alan also joined the National Guard for the remainder of his inactive duty and ran on the Monroe City Ambulance Crew as an EMT.
In May of 1980, Alan was hired on with the Richfield City Police Department and found his final Law Enforcement home. During the 40 years with the department, he held positions of Patrolman, Sergeant, Lieutenant and Detective. He spent many hours working with the Special Olympics, never missed a year participating with Shop-With-A-Cop and strived to be a positive example and serve the community with honor, respect and dedication. His dedication and determination to be sure that others were taken care of was a quality that he maintained up until his last moments with us.
He is survived by the love of his life and wife of 46 years, Nedra Bateman DeMille; sons, Dan (Lyrica) DeMille, Brian (Amber) DeMille, and multiple grandchildren; brother, Gail (Nancy) DeMille; sister, Kathryn (Leigh) Johns; sister-in-law, Mary Lou (John DeMille, deceased) (Tom) Birch; parents-in-law, Russ and Gaye Bateman; brothers-in-law, Russell (Julene) Bateman and Randy (Cheryl Jean) Bateman; sisterin-law, Nesya (David) Collings; and many nieces and nephews.
He was preceded in death by his parents; brother, John; and infant sister, Marie.
Memorial services will be held Saturday, October 15, 2022, at 12:00 Noon at the Richfield 4th Ward Chapel, 159 North 400 West in Richfield, where friends may also join for visitation Saturday morning from 10 to 11:30 am prior to the services. A flag ceremony will be held following the conclusion of services at the Richfield City Cemetery Veterans Memorial.
Cremation services taken place at the Magleby Mortuary and Cremation Center prior to the memorial and visitation services. Funeral Directors: Magleby Mortuary, Richfield, Salina and Manti. Online guestbook at www.maglebymortuary.com
Thanks and gratitude go to the multitude of friends, family, community members, the Paralyzed Veterans Association, the many medical providers that we have encountered with the VA, the staff at Stonehenge, and Brett Seely, for the attention, love and kindness shown during these last few months.
Funeral Directors: Magleby Mortuary, Richfield, Salina and Manti. Online guestbook at www.maglebymortuary.com

To order memorial trees or send flowers to the family in memory of Alan DeMille, please visit our flower store.