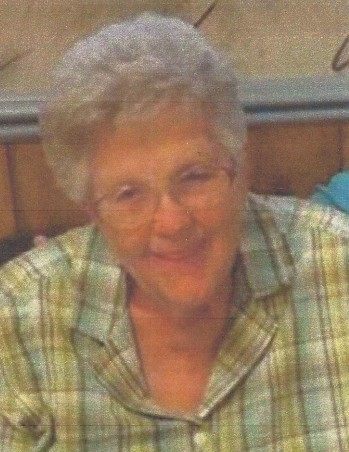 Beverly Elaine Ford, age 86, passed into Heaven on September 21, 2021 in Richfield.  She was born in Dairyville, CA on January 13, 1935, to parents Leo Denver and May Viola Moore Baker. Beverly was raised on her parent’s ranch near Red Bluff, CA.  She graduated from Red Bluff High School then went on to get her nursing degree from the local community college. She was a nurse at Saint Elizabeth Community Hospital in Red Bluff for several years.

It was while nursing that Beverly met the love of her life, Marvin Ford, and the couple were soon married in Reno, NV.  After some time, Beverly and Marvin left Red Bluff and moved to Marysvale, UT after buying a dairy farm there.  They eventually moved to Antimony, UT and started what would become known as the Ford Farm on Ford Lane on the Antimony bench.
Besides being a wonderful homemaker, Beverly was always an important part of the dairy.  She was always “hands on” with chores like birthing and feeding calves, milking, helping with the hay crop as well as keeping the books for the farm. She served as the treasurer of the Antimony Bench Irrigation Company for many years.

Bev always enjoyed raising flowers and gardening.  However, her true passion was baking.  You couldn’t come into the farmhouse without smelling something heavenly in the oven like cookies, cakes and pies.

She had many friends in Antimony as well as the surrounding communities. She loved going to the Antimony Mercantile (which had become the local social center) to meet with her friends.  After Marvin’s death Beverly eventually decided to move to Circleville, UT where she resided for 14 years.

Due to health concerns Beverly spent the last 3 years of her life in the Richfield Care Center being cared for with overwhelming love, compassion and dignity by the wonderful staff at the center.

Beverly was a wonderful woman and will be missed by everyone.

To order memorial trees or send flowers to the family in memory of Beverly Elaine Ford, please visit our flower store.