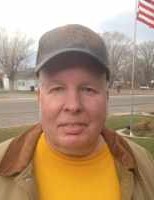 My best friend and brother, Billy C Chalk passed away suddenly at home September 21, 2021. He was born June 14, 1957 in Richfield, Utah to Cloyd and Donna Jean Chalk. The 2nd of 5 children.

Billy loved high school sports and supported the local teams. He was also an avid Los Angeles Ram’s fan, he would keep track of them, never missing a game. He liked the Los Angeles Dodgers, and the Jazz, and the Lakers.  He just really liked watching sports.  He really enjoyed movies, eating out, going the Senior Center, and going for rides up the canyon. Mountain View Park in Monroe was a favorite place to go.  He liked going outside, walking, mowing the lawn, and tinkering around.  He enjoyed pop music and soft rock.  The Eagles were a favorite musical group. Billy spent most of his employment working for the turkey plant in Salina, but he also worked for the Forest Service for a few summers.  Billy was always very friendly and easy-going, good natured by heart.

Billy is survived by his brother, Frank Chalk, Richfield; and sister, Audrey Chalk Chavis, Richfield.  He also has a niece, Tonya (Paul) Hansen, and her children: Bryson and Brianne Christensen; Beck, Brentton, Baylei and Burkley Hansen. He was preceded in death by parents; brother, Tony Chalk and sister, Clover Farnsworth.

Funeral services will be held Monday, September 27, 2021 at 11:00 a.m. in the Richfield 15th Ward Chapel, 200 East Center, where friends may call from 9:30 - 10:30 a.m. Burial will be in the Monroe City Cemetery. Funeral Directors: magleby Mortuary, Richfield, Salina and Manti. Online guestbook at www.maglebymortuary.com

To order memorial trees or send flowers to the family in memory of Billy Cloyd Chalk, please visit our flower store.