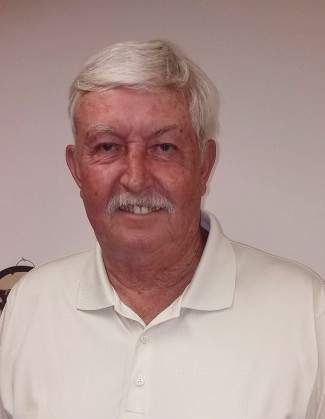 On November 7, 2021, a beautiful fall evening, the most amazing husband, dad, grandpa, brother and friend, Brent Marion Brown, was called to his Heavenly home.

Brent was born December 29, 1952 in Roosevelt, Utah to Marion “Powder” Ashby and Kathleen Pearson Brown.  He was the oldest and only boy born into this little family.  He had two younger sisters he loved to tease. His childhood was filled with fishing and motorcycles and the best friends a boy could ask for.

He attended school in Richfield and was an RHS graduate, class of ‘71.  Brent attended Snow College in Ephraim.

He married the love of his life, Lenna Christiansen on April 6, 1974 in Mayfield, Utah.  They have two wonderful sons, Robert and Bill, who brought two wonderful daughters to the family. They have three beautiful grandchildren whom he absolutely adored.

He loved to play the guitar. In his spare time he had it in his hands. He loved to share his talent and teach his kids and grandkids how to play.

Brent worked for 40 years in the tire industry servicing all of southern Utah. He made friends everywhere he went.  In 2005 Brent started his own successful insurance business which he said his sweet wife kept the business going. They made a great team. In his spare time, you would find Brent on Fish Lake with his best friend, Kim.

An avid golfer, Brent never missed a chance to be on the golf course and play with his sons and grandson. He was teaching his sister to play and loved watching her improve.
Brent was a member of The Church of Jesus Christ of Latter-day Saints.

He was preceded in death by his parents; parents-in-law, Lenoy and Marjorie Christiansen; brother-in-law, LaMont Chappel.

Funeral services will be held Friday, November 12, 2021 at 11:00 a.m. in the Richfield 9th Ward Chapel. Friends may call Thursday, November 11, 2021 at the Magleby Mortuary from 6-7 p.m. and Friday morning from 9:30 - 10:30 at the ward chapel. Burial will be in the Richfield City Cemetery. Funeral Directors: Magleby Mortuary, Richfield, Salina and Manti. Online guestbook at www.maglebymortuary.com

The family wishes to thank Holly Langston, Magleby Mortuary, Richfield Floral, and all those who have expressed their condolences to the family.

To send flowers to the family or plant a tree in memory of Brent, please visit our floral store.

To order memorial trees or send flowers to the family in memory of Brent Marion Brown, please visit our flower store.