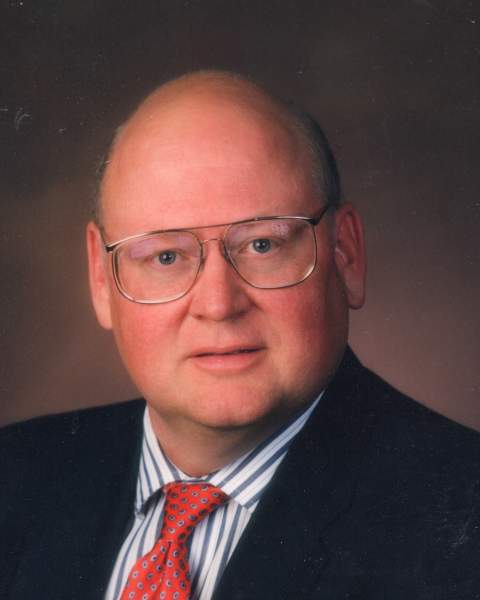 Hermansens’ Hardware lost its best customer when Bruce R. Peterson, lifelong resident of Ephraim, passed away on September 1, 2022 in Payson.

Bruce was born in Ephraim to LeRoy Edwards Peterson and Rhea Rees on April 23, 1948. From his early years, Bruce has always shown love and devotion to his family and friends. As the youngest of seven children in a combined family, he was surrounded by brothers, a sister, nephews, nieces, aunts and uncles.

On June 9, 1970, he started building his own family when he convinced his best friend, Kathy Nordgren of Monroe, to marry him. Their union was a blast. Together they raised their four children: Jason (Amanda) Peterson, Jeremy Peterson, Jonathan (Shari) Peterson, and Jennilyn (Collin) Bell. They were later blessed with 13 grandchildren. He also adopted six wiener dogs over the years, but it was the dogs that trained him. In addition to his biological children, many more consider Bruce as a father figure and treats them with the same love and care. This trait he learned from his own parents.

As the patriarch of the family, Bruce was always the individual who knew just what to do in a crisis. From subterranean midnight plumbing, to roadside rescue, to small engine repair, to family phone crisis hotline, Grandpa Bruce does what is needed to save the day. When he would come to visit, he insisted that he found a way to help in some meaningful way. Bruce also has a love for woodworking which he shared often. Over the years, he made many wooden gifts for family, friends and his wife’s students.

Bruce had a number of talents that he cultivated throughout his life. He spent his life tweaking things to make them work just a bit better for himself and those around him. He was a wonderful leader and organizer. Bruce served in a number of civic capacities including: chairman of the Scandinavian Festival, mayor of University Village (at the University of Utah), and as a member of the Lions Club for many years. He also served in the church in a number of capacities such as: Elders Quorum president, bishopric member, and high councilor.

Bruce spent his career at Snow College in a variety of capacities including auxiliary services, development, assistant to the president, and instructor of computer systems (which was his favorite). In the development office, Bruce worked tirelessly to raise the money for what is now known as the Greenwood Student Center among other initiatives. He was always more interested in serving the needs of the college than his own career advancement. For example, a couple of times he reported that certain auxiliary services, in which he was the head, would be more economical for the college if provided by a third party. Essentially, he laid himself off. Luckily, the college always found new uses for his talent and commitment. While he worked so hard for the college and community, nothing would make him squirm with discomfort as much as getting public recognition for anything he did. You could not help but look up to him, if for no other reason than he was so tall.

Though you wouldn’t consider him a social butterfly, Bruce liked people and they liked him. As a young man, he served in the Franco-Belgian Mission. Later in life, in the Milan Italy Mission with his sweetheart. The young single adults in Bergamo, where Bruce and Kathy served, fell in love with his kind, welcoming way. In fact, it was well known through his work at the college, and with his own grandchildren, he had special rapport with young adults and youth.

While he will definitely be missed, Heaven may run just a bit more smoothly once Bruce helps tweak things a bit, just as long as there is plenty of oak for him to work with. Besides his wife and children, Bruce is survived by his sister Carol Carpenter of Salt Lake City.

Funeral Services will be held on Saturday, September 10, 2022 at 1:00 pm in the Ephraim 6th Ward, where friends may call from 11:00am to 12:30pm. Burial will be in the Ephraim Park Cemetery. Funeral Directors: Magleby Mortuary, Richfield, Salina and Manti. Online guestbook at www.maglebymortuary.com
Many thanks to First Choice Home Health and Hospice. Also, thanks to Orchard View in Payson for helping to make the transition more comfortable.

To order memorial trees or send flowers to the family in memory of Bruce Peterson, please visit our flower store.