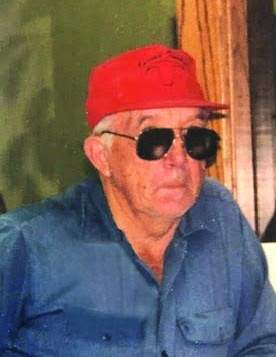 Cal G. Porter passed away Jan 17, 2022 at the age of 88.  He was born to Lizzie and DeRay Porter in Escalante, Utah on April 29, 1934. He spent a lot of his childhood in John’s Valley working with John Spencer at the KRS Ranch.

Cal joined the Army in 1952 and was sent to Korea. He went to college at Dixie in St. George. He also served a mission in New England and Nova Scotia from 1961 through 1962.  An active member of The Church of Jesus Christ of Latter-day Saints, he served in several callings mostly with the Scouts and in the Family History center.  He worked most of his life at Skyline Lumber Sawmill in Escalante before retiring.

Cal is survived by his sister Lillian (Don) Coleman; nephew, Clayne (Lori) Coleman; a niece, Joyce Coleman Rollins, and several great nephews and nieces. He is preceded in death by his parents; nephew Daryl “Pinky” Coleman.

Funeral services will be held Wednesday, January 26, 2022 at 11:00 a.m. in  the Escalante Stake Center, where friends may call from 9:30 to 10:30 a.m. Burial will be in the Escalante Cemetery with military honors by Escalante American Legion Post #0114. Funeral Directors: Magleby Mortuary, Richfield, Salina and Manti. Online guestbook at www.maglebymortuary.com
The family would like to extend special thanks to the staff at Garfield Memorial Hospital, Long term care unit and Intermountain Hospice for the special care he has received for these many years.

To order memorial trees or send flowers to the family in memory of Cal G Porter, please visit our flower store.