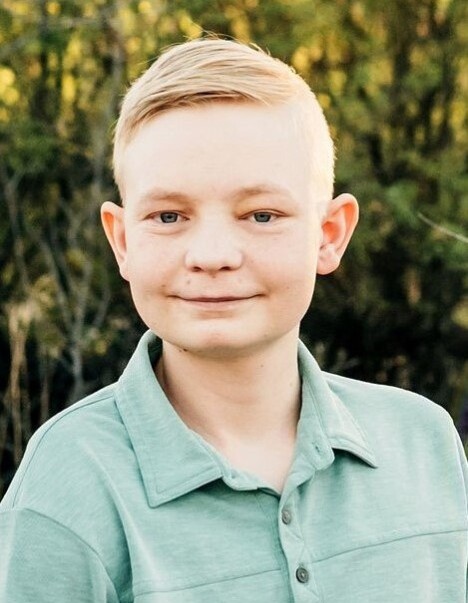 Caleb Dayle Chapman, 24, entered his Heavenly Father’s arms on April 24, 2021 at home in Queen Creek, Arizona surrounded by family. Caleb was born in American Fork, Utah on May 14, 1996 to Greg and Dayna Chapman. He was the oldest of four children: Maquel, Sloane, and Hudson.

At age five, he was diagnosed with stage IV Rhabdomyosarcoma and relapsed again at age eight. He went into remission for sixteen years and was cancer free until January 26, 2021 when he relapsed for the third time. He fought hard these last three months full of hope.

Growing up, Caleb loved dancing to music, comedy and video games. He graduated from Perry High School in 2015 where he joined the chess club and took part in many tournaments. He was excellent at math. In high school, he fell in love with reading. He collected the Percy Jackson series and would buy the next book as soon as it came out. He tried to convince his siblings to read, “I’m just saying, if I were you, I would try reading it.” Generous and large hearted, Caleb enjoyed sharing the things he loved with everyone. If he discovered a new video game, he could talk endlessly about it. He would try to make you play it. If you didn't like it, he would say, “Well maybe you can try it again tomorrow.”

He is survived by his mother and father, Dayna and Greg; sisters: Maquel, Sloane; and brother, Hudson; grandparents: Bill and Yvonne Tucker and Dennis Chapman and his spouse, Rod Gordon. He is preceded in death by his nana, Nancy Stevens Chapman; aunt, Caroline Chapman, and uncle, Eric Ryan Tucker. He is beloved by his eighteen aunts and uncles and thirty-one cousins.

Caleb taught us all what it means to live in the moment. Even with many obstacles, he was cheerful. He was loved fiercely and will be missed fiercely.

Celebration of Life services will be held Thursday, April 29, 2021 at 11:30 a.m. in the Magleby Mortuary Chapel in Richfield, Utah where friends may call from 10:00 - 11:00 a.m. Burial will be in the Monroe City Cemetery.  Live streaming of the services and online guestbook can be found at www.maglebymortuary.com under Caleb’s obituary. Funeral Directors: Magleby Mortuary, Richfield, Salina and Manti.

To order memorial trees or send flowers to the family in memory of Caleb Dayle Chapman, please visit our flower store.