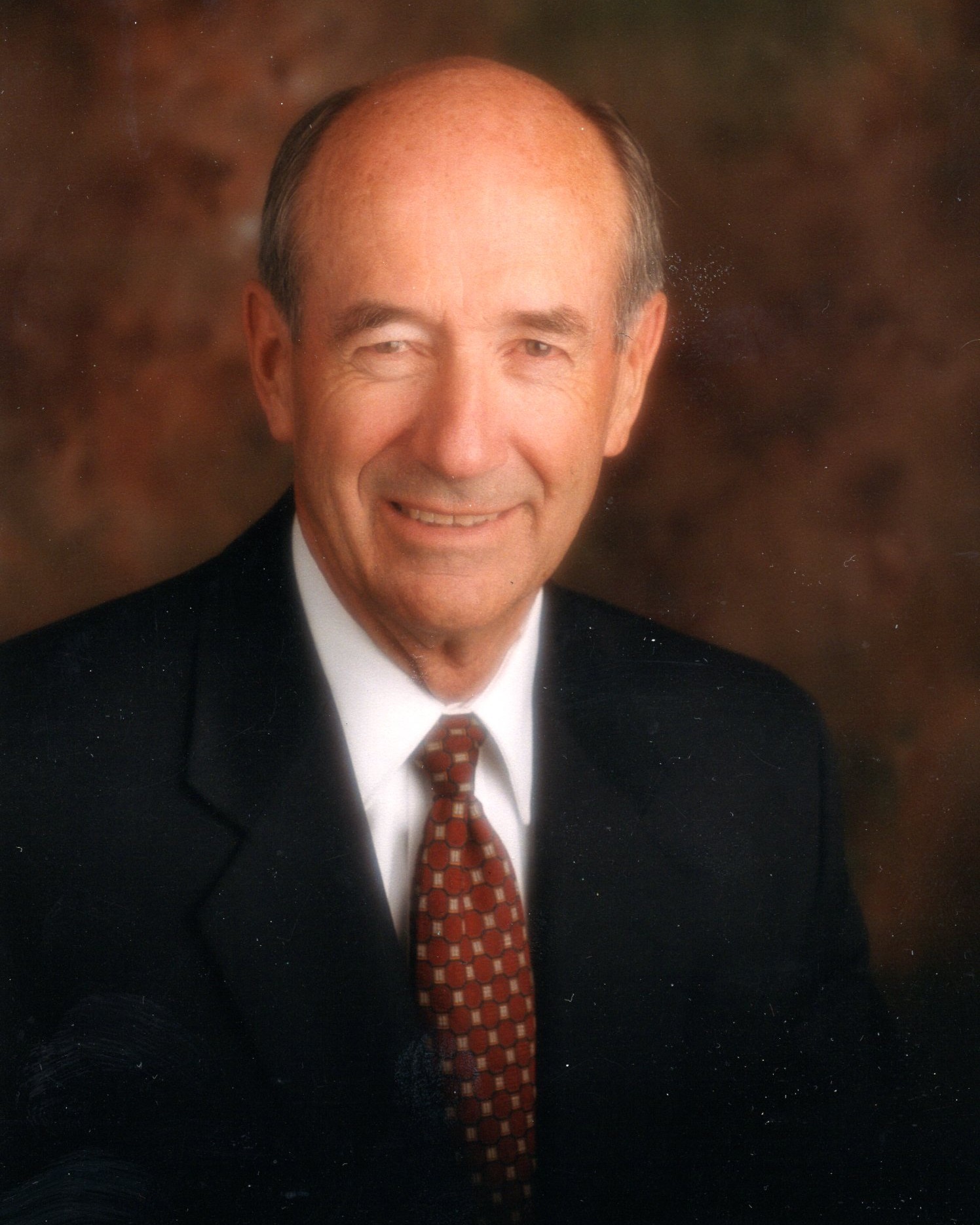 Chariton Douglas Hinckley passed away October 22, 2022 at his home in Orem.  He was born in Salt Lake City, Utah in 1931 to Edwin Carlyle Hinckley Sr. and Emma Jacobs Hinckley. He had one brother, Edwin Carlyle Jr., (Beula Bell), both deceased.
He lived in Provo until age five when his family moved to Pittsburgh, CA where he graduated from high school in the class of 1948. He served in the US Army during the Korean conflict and served a two and a half-year mission for The Church of Jesus Christ of Latter-day Saints in Mexico. He graduated from the University of California, Berkeley with a BS in engineering. He had a distinguished career as a Principal Engineer for the Boeing Aerospace Company in Seattle, WA, where he was awarded the “patent of the year” in 1992 for one of his inventions. After his retirement in 1995 he moved to Orem, UT.
Douglas married his high school sweetheart, Patricia Clark in 1952 in the Salt Lake Temple. They are the parents of four children: Elisabeth of Redondo Beach, CA; David (Debbie) of Seattle, WA; Robin (Bradford Stevenson) of Alpine, UT; and Peter of Helena, MT. They were later divorced. In 1975, he married Carol Olcott Winkel and their marriage was later solemnized in the Ogden Temple. She brought into their marriage two children: Randy Winkel (Koreen Graham) of Wenatchee, WA; and DeAnne Winkel (Craig Flynn) of Salt Lake City, UT. Their combined family resulted in 18 amazing grandchildren and 18 adorable great-grandchildren.
Douglas was an active member of The Church of Jesus Christ of Latter-day Saints. He served missions in Mexico as a young man and in Chile, Spain and Texas with his wife Carol after their retirement. He was a High Priest and served in several bishoprics, as a teacher, temple worker, scout master and in many other callings. He developed a great love for his Savior, Jesus Christ, and had a firm testimony of the truthfulness of the Book of Mormon.
He became an expert sailor, loving to take friends and family sailing in the San Juan Islands. For their retirement trip, he and Carol sailed their boat from Everett, WA up the Inside Passage to Sitka, Alaska.
He will be remembered for his friendly, cheerful and grateful nature. Doug frequently expressed his love and appreciation for the people in his life. He often spoke of how he was born at just the right time, under the perfect set of circumstances and that he was the luckiest guy around. The family also feels they were incredibly lucky to have him as a husband, dad and grandpa. We will miss him terribly.
Funeral services will be held Saturday, October 29, at 11:00 a.m. in the Heatheridge 5th Ward Chapel, 450 East 2000 North in Orem, UT. Where friends may call Friday evening from 7:30 to 8:30 p.m. and Saturday prior to the service from 9:30 to 10:30. Internment will be in the Monroe City Cemetery at 3:30 p.m. with military honors by the Sevier Valley American Legion Post #37. Funeral Directors: Magleby Mortuary, Richfield, Salina and Manti. Full obituary and online guestbook at www.maglebymortuary.com

To order memorial trees or send flowers to the family in memory of Chariton Douglas 'Doug" Hinckley, please visit our flower store.