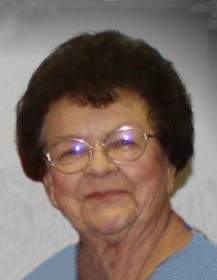 Our beloved mother and grandmother, Clarel Jensen Amtoft passed away peacefully on June 3, 2021, in Centerfield, Utah, just one month shy of her 98th birthday. As the matriarch of our family, she will be greatly missed but we take comfort in the joyous reunion she is having with her eternal companion Keith Arnold Amtoft.

Clarel was born on Independence Day in 1923 to Aaron and Ethel Rust Jensen. She was the oldest of two daughters who would survive infancy. As a child of the great depression, her job was to do her sister Melree’s hair and get her ready for school in the morning while her parents worked on the farm. She would often remember this as a time of joy. Although they were extremely poor, they were a close family who worked together to survive a tough time.

Clarel would later graduate from Gunnison High School and work as a clerical clerk in a gas station until the end of World War II when Keith returned from service in the Army and they were married in the Manti temple. During their first years of marriage, they worked together on a farm rightly named Poverty Flats. They later purchased the Midway Market in Centerfield and served their community for over 30 years. Clarel also served countless hours in her church callings and as a member of the Utah Daughters of Pioneers Society.

Clarel and Keith were the parents of three children whom they loved deeply and have left a lasting legacy of work, respect, and endurance. They are survived by two daughters: Karen (Jose) Perez, Gunnison, and Vay (David) Kocherhans, St. George. They were preceded in death by an infant son, Roddy.

Clarel was most admired by her grandchildren. She surrounded herself with photos and memories of them in her room at Mission at Community Assisted Living Center in Centerfield, Utah. She will be greatly missed by her four grandchildren: Karsten (Kelly) Sorensen, Newton; Kallei (Ken) Miller, Wales; Preston (Cari) Duncan, Tremonton; and Tanner (Sarah) Duncan, Heber. She also leaves behind 12 great-grandchildren, several great-great-grandchildren, and many nieces and nephews. Her grandchildren consider one of their greatest disappointments the inability to visit her in person due to Covid-19 restrictions.

Funeral services will be held Wednesday, June 9, 2021, at 12:00 Noon in the Centerfield 1st Ward chapel where friends may call from 10:00 am to 11:30 am. Burial will be in the Centerfield City Cemetery. Funeral Directors: Magleby Mortuary, Richfield, Salina, and Manti. Online guestbook at www.maglebymortuary.com

The family would like to extend a special thank you to the many staff, nurses, and doctors who cared for Clarel during this past difficult year.

To order memorial trees or send flowers to the family in memory of Clarel Amtoft, please visit our flower store.