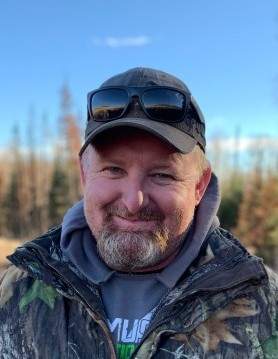 Our loving husband, father, son, brother, uncle and friend, Clinton Duain Henrie, was taken too soon from injuries sustained in a tragic automobile accident, May 28, 2021 at the age of 47. He was born July 21, 1973 in Richfield, Utah to Leslie and Joyce Henrie.

Clint graduated from Richfield High School in 1991. He married Rachel Mason in 1995 with whom he had two children, Cody and Sydnie Henrie; they later divorced but always remained friends. In 2014, he married the love of his life and best friend Jaymi Lee Johnson, who brought two children of her own into the family, Bronsen and Brylee Cosby.

At the time of his death he was employed by Rasmussen Excavating, where he made many lifelong friends. Clint was a hard worker and when he wasn't at work he could often be found on the mountain with family and friends. His avid love of snowmobiling, RZR rides, boating and barbequing left us with many memories we will never forget. Its been one helluva ride, we miss you already. We love you Clint!

Funeral services will be held Friday, June 11, 2021 at 11:00 a.m. in the Magleby Mortuary Chapel where friends may call Thursday evening from 6-8 p.m. or Friday morning from 9:00 - 10:30 a.m. Burial will be in Richfield City Cemetery.  Funeral Directors: Magleby Mortuary Richfield, Salina and Manti. Online guest book at www.maglebymortuary.com

The family would like to thank all of the first responders, EMT's, doctors, nurses and firefighters who took such great care of Clint and Jaymi the night of the accident. Also, a special thank you to Kevin Rasmussen and all of Clint’s family and friends for all of the love and support we have received throughout this difficult time.

To order memorial trees or send flowers to the family in memory of Clinton Duane Henrie, please visit our flower store.