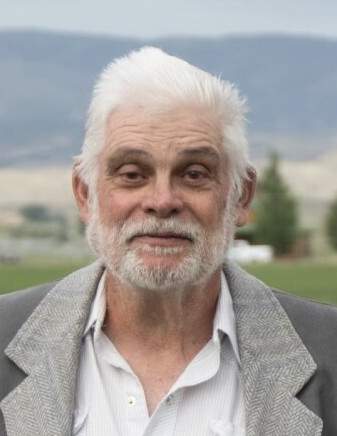 In loving memory of Dan Huyett Brown who went home to be with his mother and father on May 3, 2022, in Manti, surrounded by those he loved in spirit and body. He was born June 22, 1945, to Don Horace Brown and Lois Elizabeth Brown in Manti, Utah.

Dan was a loving father to four daughters: Stephanie White (Joel), Christine Harris (Fred), Carolyn Brown, and April Brown. He was a grandfather to 7 and great-grandpa to 8 with 2 more arriving soon. He also leaves behind 2 brothers, Sears (Armeda) Brown and Vik (Christi) Brown.

Dan was an incredibly loving father, grandfather, brother, and of course, friend. He was a friend to many including: Nomita Mann and her family, Joe (husband), Monisha, Nyneishia, Tinissa (daughters), and Tevon (son) who had left such a tremendous impact in the last decades of his life.

Dan graduated from Manti High School 1963, and then graduated from SUU with a Bachelor of Fine Art. He also served honorably in the Army National Guard. He never saw the need to leave this little community known as Manti, to him it was his only home. He was proud of things that he accomplished in his life. He always extended his enormous heart full of compassion to everyone he had the opportunity to cross paths with. Over the years of working and caring for his animals, he lived a good portion of his life in the Utah mountains. Dan lived a life that would have sent a lesser man to his grave years earlier. He never took anything for granted and made the best of his existence. His wisdom will live on through his legacy, which was to love unconditionally, work hard, and trust in those you love. His sense of humor was unmatched as were his kind words and countless stories. He will live on in our hearts and continuously in our memories forever.

Gone but never forgotten. We will always love you, Dan Brown.

To order memorial trees or send flowers to the family in memory of Dan Huyett Brown, please visit our flower store.