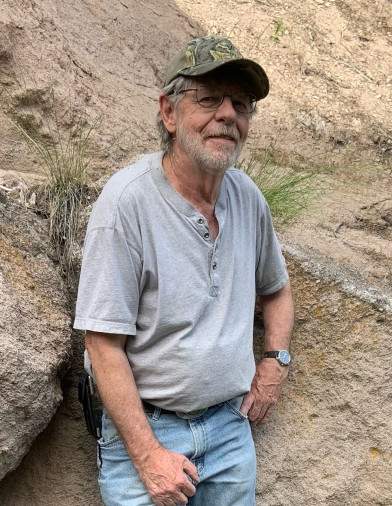 We are deeply saddened to announce the passing of our dear beloved father and friend Daniel James Hatch on August 19, 2022 in his home of Richfield surrounded by love after a courageous battle with cancer. He was born December 9, 1949 in Logan to James Alton and Ruth Irma Beal Hatch.

Daniel’s beautiful and highly skilled talent for jewelry making began as a young boy. Adventuring with his dad, they collected various fascinating stones and minerals, some of which were used in making all different types of jewelry. He excelled in art class and later as an adult attended jewelry school in Salt Lake City becoming a master goldsmith. His passion for the desert mountains brought him to the Richfield area where he could also be closer to his parents. Daniel established his expertise with The Diamond Store where he shared his incredible, imaginative mastery of goldsmithing with the Sevier Valley and beyond for over 35 years. During his time at The Diamond Store, he formed countless friendships and made dazzling works of art that will live on for generations. Daniel loved hunting for arrowheads, refining gold, music, camping, hiking, collecting the most beautiful minerals, star gazing, experimenting with chemistry, intelligent conversation, making people smile and spending time with friends and family.

In addition to his parents, Daniel was preceded in death by his son Ryan Alton; and his brother Gaylord. He is survived by his sisters: Clarice and Iris; former wives Sharon and Susan. He also leaves behind his daughters: Jennifer and Carla; grandchildren: Zowie and Ethan; step-children: Kimberly and Michael; and step-grandchildren: Kambree and Brogan. All of who will miss him very dearly.

To order memorial trees or send flowers to the family in memory of Daniel James Hatch, please visit our flower store.