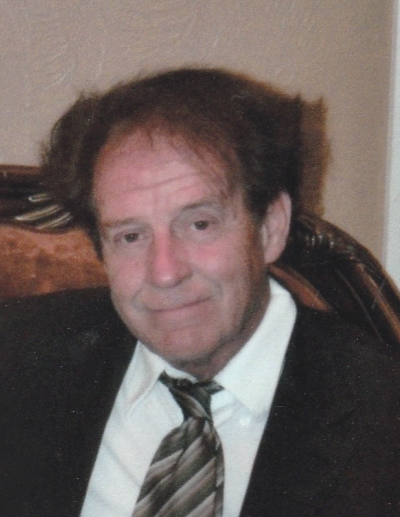 Our father, husband, grandfather, great-grandfather, uncle and friend David Roger Taylor Sr. returned to his Heavenly Father on March 17, 2021, while in St. George Utah. Dad was born November 5, 1942 to Ariel Sandberg and Mildred June Taylor, in Salt Lake City Utah. While working in Tremonton, Utah he met a cute and plucky redhead named Patricia Ann. They were married on March 29, 1963. Their marriage was later solemnized in the St. George Temple. Together they have 12 children, 41 grandchildren, and many great-grandchildren.

After they were married, Mom and Dad, along with both sets of their parents, Dad’s siblings, and their families moved to Death Valley Junction where they ran the hotel, gas station, mechanic shop, restaurant, and the post-office. After a few years, they moved to Washington Utah, then to Monroe Utah where Dad and his brothers ran a construction company, working alongside their sons.

Dad was happiest when he was working alongside his family or spending time with them outside.  He loved music and liked to sing while playing the guitar or the piano. He taught his children to work hard, to be charitable, and to serve others. When you were talking with him, he always made you feel like you were the most important person in the room. He was a defender of the downtrodden, willing to stand up for and help anyone. Dad was very charitable; He literally would give you the coat off his back, his lunch, or whatever money he had in his pockets to people he met on the streets or those who needed a ride.

Dad was always working, either construction, on his farm, or missionary work. On Saturdays, he could be found in the temple. Dad was a lifelong member of The Church of Jesus Christ of Latter-day Saints. For decades he served as a ward and stake missionary, and he and Pat were called three times to the Illinois Nauvoo Mission. He didn’t need to be called to be a missionary. He loved the restored gospel of Jesus Christ and shared it with everyone he met, handing out copies of the Book of Mormon to hitchhikers he offered rides to, street preachers, and people he would strike up conversations with. Dad memorized five scriptures, the Old Testament, the New Testament, the Book of Mormon, the Doctrine and Covenants, and the Pearl of Great Price. During any discussion, he could recall and quote any scripture that was relevant to the conversation. He loved studying Church History and learning about his ancestors, the prophet Joseph Smith and the sacrifices they made for the restored gospel. We are comforted to know that he is now his Savior and with the people that he has spent his life learning about.

We love him, and we will miss him, while looking forward to the day that we can live with him again.

Dave was reunited with many loved ones, he is preceded in death by his daughter, Sheryl Dorenbosch; parents; in-laws, Howard Smith and Josephine Price; grandparents; and siblings: Robert Taylor, Geraldine Berard, and Ray Taylor.

Funeral services will be held Thursday, March 25, 2021 at 11:00 a.m. in the Monroe 3rd  Ward Chapel, 140 South Main, Monroe. Friends may call Wednesday from 6-7 p.m. at the Magleby Mortuary in Richfield, 50 South 100 West, Richfield; or Thursday morning from 9:30 - 10:30 a.m. at the ward chapel in Monroe.  Burial will be in the Monroe City Cemetery.  Live streaming of the services and online guestbook can be found at www.maglebymortuary.com  under David’s obituary.  Due to COVID-19, all attendees must wear masks and adhere to social distancing guidelines. Funeral Directors: Magleby Mortuary, Richfield, Salina and Manti.

To order memorial trees or send flowers to the family in memory of David Roger Taylor, please visit our flower store.