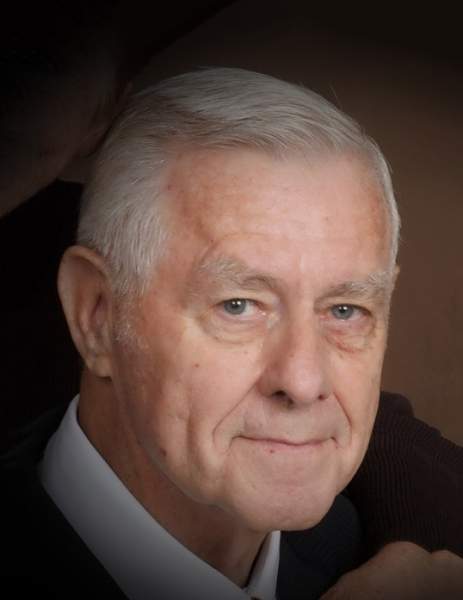 Dean Bevin Powell Jr. passed away peacefully at home in Mayfield, Utah on Tuesday, July 6, 2021 at the age of 84. Dean was born November 2, 1936 in Price, Utah to Dean Bevin Powell Sr. and Mary “Bettie” Barton.

In his earliest years, the family bounced between towns in Nevada, California, Oregon, and Utah. Having attended 9 different elementary schools before finishing 6th  grade, he had the rare opportunity to know many different people and have a variety of adventures.

He graduated from Pleasant Grove High School in 1954, where he was the student body president. He also played football, basketball and ran track in high school. After graduation, he served in the US Army 8th Infantry Division at Fort Carson in Colorado as part of a headquarters company for 18 months. He then attended and played football for Snow College where he met the love of his life and soul mate, Sandra Lee Michaelson. They married on September 20, 1958 in Glendale, CA and sealed in the Salt Lake Temple on March 20, 1960. They both graduated from the University of Utah. Dean earned a bachelor’s degree in Chemical Engineering.

Dean spent the next 17 years working for the General Electric Company and growing his family of four sons and two daughters with Sandra. They moved from sea to shining sea, living in Cleveland, OH; Richland, WA; San Leandro, CA; San Jose, CA; Wilmington, NC; Vicksburg, MS; and Decatur, IL.  During this time, he was involved in the startup and maintenance of a nuclear fuel processing plant and the construction of a nuclear power plant. In 1979, he left GE to work for a real estate developer in Arizona. His true vocation was being a construction/land development project manager, and he enjoyed their 10 years in Mesa, AZ. He ultimately returned to Richland, WA in 1989 to finish his career strong in the nuclear field. He retired in 2003.

He truly loved scouting as a boy and was an Eagle Scout. In 1950, he went on a month-long trip across the country to attend the Boy Scout National Jamboree in Valley Forge, Pennsylvania. Dean has always loved music, singing, dancing and socializing. He learned photography in the army, was the yearbook photographer at Snow College, and photographed many events over the years. He and Sandra were also privileged to travel many places together.

Dean was a member of The Church of Jesus Christ of Latter-day Saints from birth. In 1972, he was called to be the first stake president of the Wilmington North Carolina Stake. He and Sandra served a mission in the office of the Preston England Mission Training Center in Chorley, England from 2009-2011. He had a strong conviction of the truthfulness of the gospel of Jesus Christ, no matter the calling.

His pride and joy were truly his family. He was a loving husband and father. He supported his children in their various educational, musical, athletic, scouting and religious activities. Boating and many family trips are favorite memories. It was a priority to eat dinner as a family and then clean up the mess together. He was always at the helm as dish washer, and he maintained this duty until the end.

In early 2020, with the onset of the coronavirus pandemic, Dean and Sandra came to live in a family home in Mayfield, UT, where they had been staying during the summer season for many years. This time they decided to stay. Dean had survived colon cancer in 1984 and lymphoma in 2006. Unfortunately, the lymphoma returned in late 2020. This, along with other serious health issues led to his passing. After cycling on his stationary bike and visiting with family on the patio Monday evening, he said, “It would be so wonderful if I could die in my sleep.” His wish was granted; he had endured to the end.

He was preceded in death by his parents, Dean B. Sr.  (Pearl) Powell and Mary “Bettie” (Joseph D.) McCracken; and sister, Rosemary (Don) Gouchenour, as well as half-siblings, Dawna and Martin Powell.

Funeral services will be held Tuesday, July 13, 2021 at 11:00 a.m. in the Mayfield Ward Chapel, 15 E 100 N, in Mayfield, UT. Friends may call on Monday, July 12, from 6:00 - 7:00 p.m. and before the service on Tuesday, from 9:30-10:30 a.m.  Burial will be in the Mayfield Cemetery. Live streaming of the services and online guestbook may be found at www.maglebymortuary.com  under Dean’s obituary. Funeral Directors: Magleby Mortuary, Richfield, Salina and Manti.

We would like to thank everyone who has reached out in support of Dean’s family. We are so grateful for your comforting thoughts, prayers, and condolences.

To order memorial trees or send flowers to the family in memory of Dean Bevan Powell, please visit our flower store.