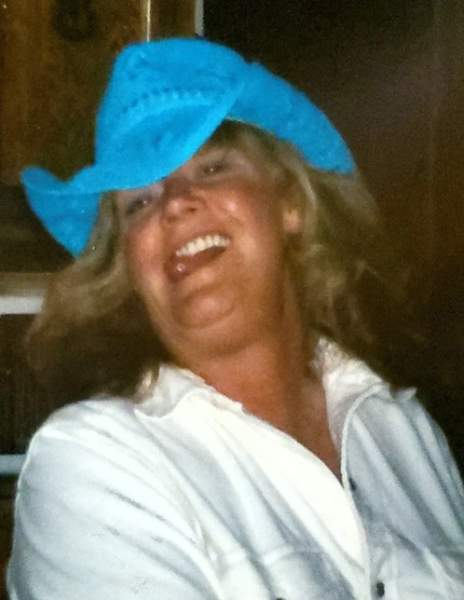 Deana Michelle McCarty our loving mom, wife, and grandma gained her angel wings unexpectedly on January 22, 2022 in Provo, with her husband and son by her side. Deana was born to Charles Herbert Bradley and Edwalyn Gay Gough on March 20, 1955. She  was born and raised in Salt Lake City, Utah.

Deana lived a very adventurous and hippie life style as a teen and young adult, hitch hiking across the states with her girlfriends just to see how far they could make it.  Deana eventually found her way back to Salt Lake City and had her two sons. She was a hard-working single mom. She did all she could to support and raise the boys.  In 1992 Deana and her boys moved to Marysvale, Utah where she made her forever home. Deana was known as the neighborhood mom where all of her son’s friends would come and hang out.

In 1999 She met her soul mate that became the love of her life, and partner in crime, Bryan.  They were married on 02-02-02 in Mendicino County, California. They built a life together that they both loved, with many camping, hunting, and fishing trips. Going out early in the morning on the boat eating breakfast and watching the sunrise was one of her favorite things to do. Deana was always trying to pull a fast one on Bryan, most of the time succeeding.

Deana had many talents one of them being painting. Her paintings were very well done, so much so you couldn’t tell they weren't professionally painted. She also enjoyed beading and making different things with them.

One of Deana’s greatest life’s blessings, was being a grandma. She loved each of her grandchildren in their own way and made them feel very special. They got each child a Facebook Portal Tv camera to see the grandchildren at least once a week.  Some of the best qualities that Deana had was that she lived life to the fullest and never had a negative thing to say. Though at the same time, she was very blunt and wasn’t afraid to tell you how it was. She was always positive even up until her last breath, with saying “Don’t worry we will get through this.” She had an impact on everyone’s life that she met and she will be missed by all who knew her.

Cremation services to be held at the Magleby Mortuary Cremation. A Celebration of Life will be held Saturday, February 5, 2022 at 4:00 p.m. in the Marysvale Ward Building, 432 West Bullion. Funeral Directors: Magleby Mortuary, Richfield, Salina and Manti. Online guestbook at www.maglebymortuary.com

To order memorial trees or send flowers to the family in memory of Deana McCarty, please visit our flower store.