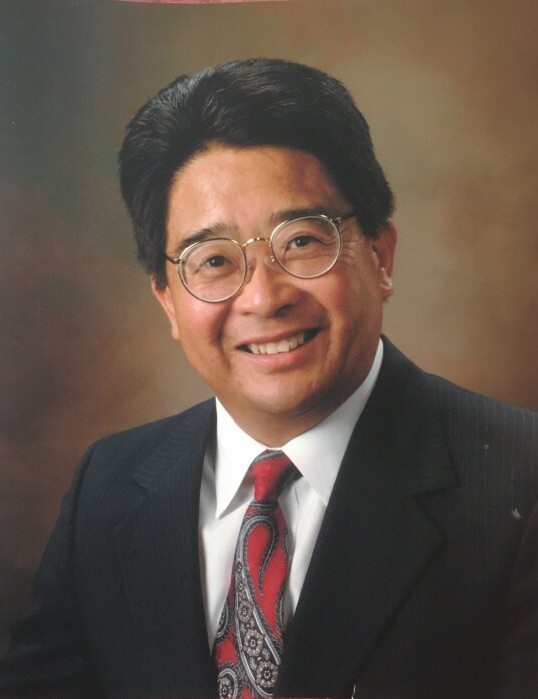 Dwight was born on February 6, 1949 to Charles Ichiro Inouye (1914-2006) and Bessie Shizuko Murakami (1916-2006) in Richfield, Utah.  Shortly prior to Dwight’s birth, his parents, Bessie, Charles, and his brother Dillon had moved to Utah from Heart Mountain, Wyoming, where they had been interned in a World War II Japanese relocation camp.

Dwight spent his early youth in Sigurd, Utah. He attended Sigurd Elementary School and Richfield Junior High School where he was involved in debate and United Nations and became the Richfield Junior High School Student Body President. He was introduced to scouting by the Dastrup and Jorgensen families. He overcame his fear of water to earn the BSA swimming merit badge and Eagle Scout Award. He also joined The Church of Jesus Christ of Latter-day Saints.

Following his father’s purchase of a farm in Clarion, Utah, Dwight attended Gunnison Valley High School. With his siblings, father, and mother, he worked hard on the farm to make ends meet. He was also a serious student who developed an interest in medicine and a love of singing. He respected his teacher Lamar Larsen for his intellect and sincere interest in his students. He admired and received mentorship from Dr. Lamar Stewart who served the community as a rural physician, a church leader, and scout leader. He also loved practicing, traveling, and performing with Scott Stewart, Randy Childs, and Clyde Hendrickson in the GVHS “Boy’s Senior Quartet.”

Dwight attended Brigham Young University during which time he served in the Kobe, Japan Mission. After his mission, and while at BYU, he met Jeannie Lew. According to Jeannie, he was the handsomest man at BYU.  Dwight and Jeannie were married on April 21, 1973 in the Manti, Utah Temple.

After college, Dwight attended medical school at the University of Utah School of Medicine. He earned his M.D. in 1977, after which he performed his medical residency in family medicine at the Good Samaritan Hospital in Phoenix, Arizona.

In 1980, after having received his medical training, Dwight was able to begin fulfilling his childhood dream of returning to Gunnison to practice medicine. Dwight constructed a white-brick building east of the Gunnison Hospital and for forty years served the Central Utah community as a healer, caregiver, and physician. His focus was singular: to improve the lives of his patients living in rural areas. He had the privilege of caring for patients from Sanpete, Sevier, Wayne and Emery counties, taking care of them at every stage of their lives and over multiple generations.

Dwight relied on and was always grateful for his dedicated medical staff. Dwight was joined in his practice by Wade Anderson. Dwight’s son, Jordan Inouye, ran Dwight’s practice from 2013 to 2015 so that Dwight and Jeannie could serve a mission in Hong Kong. Evelyn Peterson worked alongside Dwight as his clinic manager for forty years. The contributions of his nursing staff – Valene King, Marylin Hatch, Josie Hendrickson Blackburn, and Jaycey Crane Christensen were immeasurable.

After Dwight returned to Gunnison, he immediately immersed himself in the Boy Scouts of America program. He felt he owed a debt of gratitude to his scout leaders who had included, mentored, and taught him; Dwight was driven to pay it forward. He did this in a big way. For forty years he was involved the scouting program, having the opportunity to influence the youth of Central Utah. As in his medical practice, his focus in scouting too was singular: to improve the lives of the youth.  He believed that scouting was an invaluable tool to accomplish this. Dwight’s dedication and efforts were formally recognized by the Utah National Parks Council, Sanpete District BSA, the Gunnison Stake, and by the National Boy Scouts of America organization. Of greater importance to Dwight, however, was seeing how his dedication and efforts were manifest in the lives of the men and women he had the privilege of knowing through scouting.

Dwight was an active, committed member of the Church. He served in a variety of capacities, including the roles of missionary, bishop, choir director, youth leader, Stake Young Men’s President, and Asia Area medical advisor (2013-2015). Throughout his life, he strove to refine his temper and purify his person through Christ-like service. He loved the Great Plan of Salvation with its doctrines of the atonement, infinite growth, and eternal families.

Outside of his role as a physician, Dwight served his community in myriad ways. He served with the Gunnison Valley Jaycees and Lion’s Club. He was a South Sanpete County School Board Member for twenty-three years. He was the Sanpete County Commissioner (2008-2009). He served on the Board of Trustees of the Utah Medical Association (1988-2002). Among the many awards he received, two that had great meaning to him included the BSA Silver Beaver (1992) and the Utah Medical Association Distinguished Physician Advocate Award (2000).

Dwight’s greatest treasure in life, however, was his large immediate and extended family. He loved having fun and enjoying life with his children and grandchildren. In recent years, he believed it was important to instill “grit” into his grandchildren, and designed a “grit camp” for his grandchildren to attend that involved doing hard things such as rappelling, mountain biking, and hiking. He loved his grandchildren so very much.

After a fierce three-week battle with COVID-19, Dwight passed away peacefully in the arms of his loving and strong wife, Jeannie. Despite so many wishes that the situation could be otherwise, Dwight is on to his next adventure. His family is so grateful for his example, vision, love, and service. His family and friends know that he will be with them until they reunite again. Ganbatte, Dwight!

Private funeral services for family will be held on Friday, January 1, 2021 at 11:00 a.m. in Cottonwood Heights, Utah. A viewing for family members will be held prior to the services from 9:00 a.m. – 10:00 a.m. Burial will take place in Memorial Mountain View Cemetery. Live streaming of the services and online guestbook can be found at www.maglebymortuary.com under Dwight’s obituary. Funeral Directors: Magleby Mortuary, Richfield, Salina and Manti.

To plant a tree in memory of Dwight Hideo Inouye, please click here.

To order memorial trees or send flowers to the family in memory of Dwight Hideo Inouye, please visit our flower store.