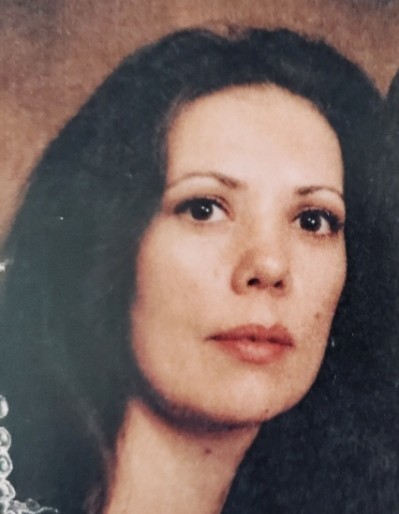 Emma Lee Petersen passed away December 31, 2020 in West Jordan. She was born June 10, 1950 to Dewey Bach and Karen Raenon Braithwaite Petersen in Manti, Utah. She was a beautiful dark haired baby girl with large brown eyes. She was the oldest of six children and was the only girl. She brought so much joy to the family and she was definitely a daddy’s girl.

Emma loved the rock band the Beatles. She went to one of their concerts and plastered her room with Beatle posters. George was her favorite.

Emma had a lot of responsibility being the oldest child. She helped raise her siblings because her parents divorced when she was young. Her mother worked and her dad was away working. Emma spent most of her childhood in Manti and Salt Lake City.

Emma went to West High School shortly before she moved to live with her dad and two brothers in Gunnison Utah. She enjoyed being on the Gunnison drill team and participating in other school activities. She also worked at Lund’s Drive Inn and had many friends and fond memories working there.

She married Mark Doan Nisonger in 1970. They had a beautiful son whom they named Christian Marc Nisonger. They were later divorced. Emma moved to Salt Lake City and worked as an apartment manager. She loved spoiling her nieces and nephews. She was always buying them special toys and making sure they all know they were loved by her. They all called her Aunti Em. She was a favorite.

Years later she had another child named Elva (nicknamed Shug). At six-months-old the baby developed Spinal Meningitis and became deaf. Emma was a great mother and soon learned sign language to communicate with Shug. She became a strong advocate for the Deaf and Blind school, making sure that Shug could receive an education. She had a lot of determination and spunk.

Emma loved cooking. She loved making delicious pies for our family Christmas parties. She especially loved getting together with family, cousins, and relatives. Emma’s greatest happiness and joy were her three beautiful granddaughters: Hannah Elise Nisonger, Sarah Elizabeth Nisonger, and Rebekah Lynn Nisonger. She will be loved and missed by many.

To order memorial trees or send flowers to the family in memory of Emma Petersen, please visit our flower store.