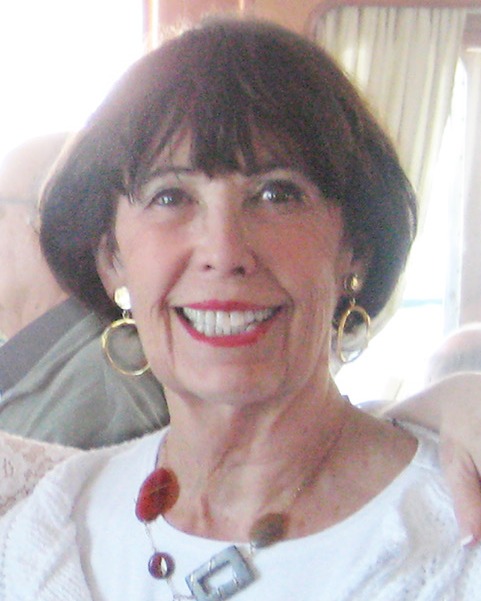 Ethel Louise Jorgensen Dudzik of Newport Beach, CA, formally of Manti, passed away November 23, 2022 in Costa Mesa, CA. Ethel was born on May 31, 1936 in Manti to Mignon Keller and Stanley B. Jorgensen.  Ethel’s early years were spent in Manti surrounded by family and good friends.  She attended the local schools graduating from Manti High School.  Following graduation Ethel attended BYU then transferred to the University of Utah.  In 1957 her father and mother moved to Phoenix, Arizona and Ethel followed.  She was hired by a large insurance company, Connecticut General (now CINGNA) as an office manager and began a lengthy career in the insurance industry that took her to Denver, Los Angeles, San Diego and ultimately Newport Beach. It was working in the insurance industry that Ethel met her sweet husband Donald Dudzik.  They were married in June of 1969, he passed away suddenly in1997.
Cooking and traveling were two of Ethel’s passions.  Ethel loved to cook good food and entertain.  She attended a French cooking school in Paris and an Italian cooking school in Florence, Italy.  She traveled to England, Russia, Peru, Ecuador, Spain, Alaska and Hawaii to name a few of her many adventures.
Ethel was preceded in death by her husband; her parents; and her beloved brother, Stanley Bruce Jorgensen.  She is survived by a niece Sally Duncan, Colorado Springs, CO; and nephews: Barry Jorgensen, Castro Valley, CA; Jeffrey Jorgensen, Las Vegas, NV; Spencer Jorgensen, Sandy; Erik Jorgensen, Salt Lake City; cousins: Theressa Alder, Ephraim; and Fredric Lowry, Sandy.
Cremation services have been held. Burial of cremated remains will be held Saturday, January 21, 2023 at 12:00 Noon in the Manti Cemetery.  Funeral Directors: Magleby Mortuary Richfield, Salina and Manti. Online guestbook at www.maglebymortuary.com

To order memorial trees or send flowers to the family in memory of Ethel Louis Dudzik, please visit our flower store.