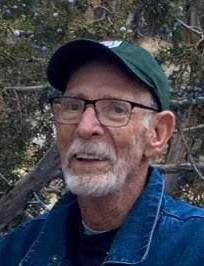 He was devoted to family—they were the most important part of his life.

Gary’s career involved working on the electronics in minute man missiles and nuclear submarines.  He enjoyed guns and shooting.  He loved all kinds of animals but really enjoyed his dogs.

During his life he owned several Harley Davidson motorcycles and participated in Harley-Davidson rides all over the country; many of them charity rides to support good causes.

He went about doing good. Gary was always looking for ways to help others and finding a way to do it, in many cases, without his identity being known. He was a great example of Christ-like service to others.

Cremation services have taken place at the Magleby Mortuary Crematory. Private family memorial services will be held Saturday, May 22, 2021, at 1:00 a.m. in the Annabella 2nd Ward Chapel.  Burial of cremated remains will be in the Monroe City Cemetery.  Funeral Directors: Magleby Mortuary, Richfield, Salina and Manti. Online guestbook at www.maglebymortuary.com

To order memorial trees or send flowers to the family in memory of Gary Allen Pitts, please visit our flower store.