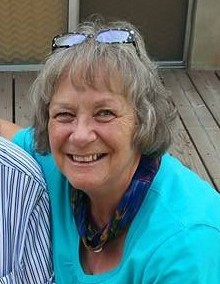 The world has lost one of its biggest fans of cozy mystery novels and British detective stories. Gayle Osmond Henrie, 69, passed away on November 4, 2020 in Provo from complications of a heart procedure. She came into this world on December 21, 1950 in Murray, Utah, yhe daughter of Joseph Call and Cleone Rogers Osmond. She spent her years growing up in Bountiful, Utah. with her family tagging along with her father on his electrician work to varied places such as going back east for the Hill Cumorah Pageant, or to Temple Square where she would be found exploring the rafters, or behind the pipes of the organ in the Tabernacle

While attending college Gayle volunteered as a reader for the blind at both BYU and Utah State. She later married James Emer Henrie in the Manti Temple on September 17, 1976 and began traveling first to Fredonia, AZ, then Napa, ID before finally settling in Richfield where she raised her family while Emer worked in the construction industry. As her family grew older she would serve the community she called home by being a substitute teacher in various valley schools. Finally with her family having grown up she once again took to travel with her husband to such locations as California, Nevada and Hawaii where she had many friends and loved ones.

Gayle spent her last days finding little nick-nacks that would bring simple pleasure to those around her, watching her favorite shows, and joking around with her best friends: her husband Emer, her son Jarrett, and Esther Rex. She kept busy by assisting her beloved Richfield 1st Ward in any way she could. Gayle also spent time sending little notes and letters to countless other loved ones and friends to make sure they knew they were thought of.

Gayle Osmond Henrie leaves her many family, friends and acquaintances with fond memories, wonderful life lessons and most of all an enduring amount of love.

Gayle is survived by her husband Emer; her three sons: Joseph, Jay (Laura) Jarrett; grandchildren: Riley and Eli; brothers and sisters: Luci, Joseph R., Ariel, George, and Farel. She is preceded by her parents; and her sister Dawnell Osmond.

To order memorial trees or send flowers to the family in memory of Gayle Henrie, please visit our flower store.