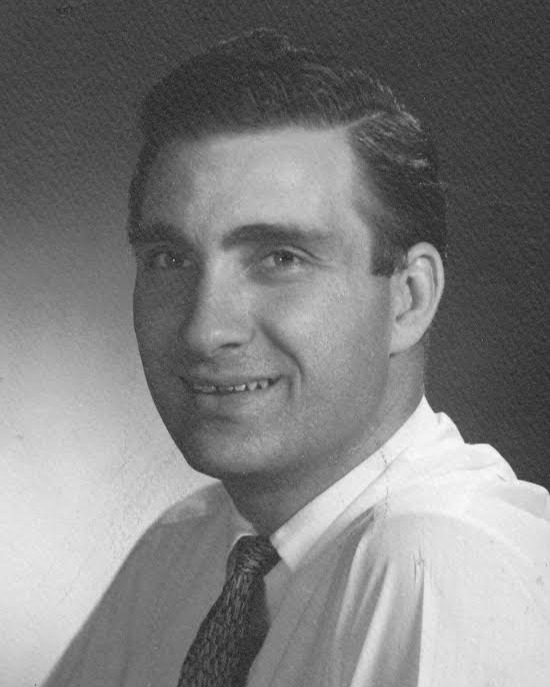 Ronald “Gene” Collette left this life on October 27, 2022, at the age of 88 at his home in Wickenburg, Arizona. He leaves a large family — his wife of 64 years; 6 children; 31 grandchildren; and 57 great-grandchildren. Gene was born May 24, 1934 in Challis, Custer County, Idaho to William Phillips Collett and Roxie Leora Collins. He grew up in Butte, Montana; Idaho; and other Western states, with his family that included 3 sisters and 2 brothers. (His father later added an “e” to the family name).
Gene loved being with his family. He married Ethel “Bernice” Gillespie in 1958, adopting her three sons as his own. The couple had three more children, totaling six children in all.
Gene received a bachelor of biological sciences from California State University Sacramento. He worked in many professions throughout his life, including salesman, medical supplies representative, and an entrepreneur.
In 1960 a major milestone occurred in Gene’s life when he was baptized a member of The Church of Jesus Christ of Latter-day Saints. He never wavered in his testimony of the Savior, but was firm in his faith to the end. He and his wife faithfully served three missions — two in the United States and one in Kiev, Ukraine. Gene served in various Church capacities throughout his life including work with the Cub Scouts, home teacher, Sunday School presidency counselor, ward missionary, branch presidency counselor, and temple worker in the Cedar City Temple.
Gene selflessly served his family and others throughout his life. He fixed many bicycle flat tires for his children and their friends. When Gene was in his late 70’s and early 80’s, he and his wife volunteered many hundred hours driving dialysis patients to their appointments 45 minutes from their home. He was always quick to serve and cheerfully helped.
Gene loved his family, his country, and his fellow man. He enjoyed hunting, fishing and sports. He loved coaching his sons’ sports teams as well as watching his children play sports, and watching college and professional baseball, football, and basketball games.
In his final days he was cared for at home by his wife, Bernice; his granddaughter, Collette and her husband Kirk McKnight; and his grandson, Joshua Collette.
Survivors include his wife, Ethel, Wickenburg, Arizona; his children: John Lanford (Cheryl) Collette, Oregon; Robert Jeffrey (Diane) Collette, Utah; Bret Andrew (Brenda) Collette, California; Marget Jeanne (Harold) Bradley, Utah; Angela Bernice Harris, Oregon; and Ronald Phillip (Anna) Collette, Arizona; Rachel Collette, Utah; sisters and brothers: Shirley Barry Trevena, Montana; and Pat (Jack) Kusler, Montana; Bill Collette, Washington; and Terry (Sandra) Collette, Montana; numerous grandchildren, great-grandchildren, nieces and nephews.
He is preceded in death by his parents; sister, Brenda Joyce Collette; son-in-law, Curtiss Jay Harris; and grandsons: Curtiss Jay Harris Jr. and Harold Wheeler Bradley IV; several brothers and sisters-in-law.
The funeral to honor Gene will take place Saturday, November 5, 2022, at 2:00 p.m. in The Church of Jesus Christ of Latter-day Saints Panguitch 2nd Ward Chapel (200 N. 400 E.). where friends may call from 1:00 to 1:30 p.m. Burial will be in the Panguitch Cemetery. Live streaming of the services and online guestbook can be found at www.maglebymortuary.com below Gene's obituary. Funeral Directors: Magleby Mortuary, Richfield, Salina and Manti.

To order memorial trees or send flowers to the family in memory of Gene Collette, please visit our flower store.