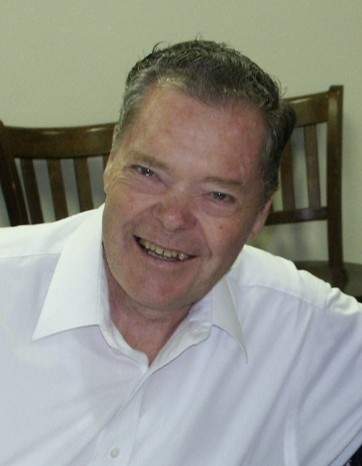 George Clark Frandsen, 86, died January 9, 2021 at his home in Panguitch, Utah surrounded by his loving family. He was born on June 24, 1934 in Panguitch. Clark was a loving, faithful husband, father, grandfather, and friend to all those who knew him. He graduated from Panguitch High School in 1952 and attended BYU for a short time. He married his sweetheart Gwen Proctor in the Salt Lake Temple on October 18, 1954. They have four beautiful children: Barbara Jean (Jim) Duckett, Cedar City; Sherrie Kay (Larry) Lynn, Kingman, AZ; Steven (Susan) Frandsen, Alpine; Michelle Mort (David Yardley), Las Vegas, NV; and his youngest brother Peter Earl Frandsen, Salt Lake City. They have 19 grandchildren, and 36 great grandchildren; brother-in-law, Tom Gray. He was preceded in death by his parents, George H and Almina Worthen Frandsen; siblings: Laura Jean Gray, Daniel (Florence) Frandsen; and great-grandson, Haden Hansen.

Most of Clark’s working years were in the trucking business and he also ran Frandsen Distributing for many years. He hauled coal for the railroad in Huntington, UT, timber (lumber) in Panguitch, uranium in Colorado, and dairy products throughout Garfield County. He also hauled kids driving the school bus between Panguitch and Hatch. Sandwiched in there was a short career in building metal buildings including his own shop in Panguitch. Clark also worked as custodian for the LDS Church for many years until his retirement in 1998.

Clark is an active member of The Church of Jesus Christ of Latter-day Saints and served in the bishopric of the old Panguitch North Ward. He also served as Sunday School president, High Priest Group Leader, and finance clerk in two different wards. He also served in the care center presidency and was a home teacher among other callings.

Clark served as a volunteer for Meals on Wheels for about nine years. He was dependable and reliable, delivering their meals regardless of the weather. He enjoyed the friends he made delivering meals to the elderly. For some he was the only person they would see that day.

In 2009, Lt. Governor Herbert presented Clark with the Silver Bowl award for volunteerism in Garfield County. He was so proud of receiving that award. It meant the world to him.

Clark and Gwen served as care givers for both their parents in their senior years, which brought him great joy.

Clark was a man who truly loved Panguitch and Garfield County. His warm personality and willingness to serve was a great asset to everyone who knew him.

Funeral services will be held Saturday, January 16, 2021 at 1:00 p.m. in the Panguitch 1st Ward Chapel, where friends may call from 11:30 a.m. to 12:30 p.m. Burial will be in the Panguitch City Cemetery.  Live streaming of the services and online guestbook can be found at www.maglebymortuary.com under Clark’s obituary. Due to COVID-19, all attendees are required to wear a mask and adhere to social distancing guidelines.  Funeral Directors: Magleby Mortuary, Richfield, Salina and Manti.

To order memorial trees or send flowers to the family in memory of George Clark Frandsen, please visit our flower store.