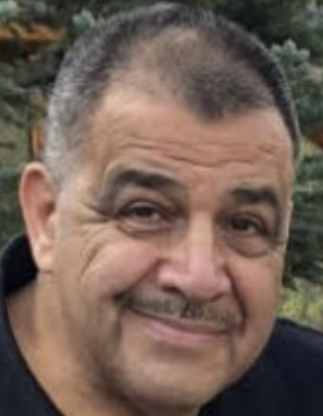 
Gildardo Jimenez, 61 died December 31, 2020, at his home in Santa Ana California. Gil was born on January 28, 1959, in Matamoros Chihuahua, Mexico to Felipe and Elva
Jimenez.

Gil was the most dedicated and hardest working person you would have ever met. Honest. Humble. Compassionate. Loyal. And a Teacher are all words that describe Gil.

Gil graduated from high school in 1977 from Santa Ana Valley High. He was well-known for his athleticism in wrestling and football. His family and friends loved cheering along with fans, who would chant his name after a big tackle. After high school, Gil attended and graduated from Arizona Automotive Institute with perfect attendance in 1978. He was passionate about fixing up and working on cars in the garage of his home. His favorite car to work on was his 70 Plymouth Cuda. He could always be found under the hood of a car with oil on his hands. Gil began working on cars at a young age, and his passion for mechanics and cars only grew stronger throughout his life. Gil worked as a mechanic and enjoyed working on his cars any spare moment he got. He always took the time to teach and educate people on everything he knew. He was especially quick to take young, eager learners under his wing. He was a gentle, caring man yet held firm to his convictions and would persuade rather than force you to his line of thinking.

His 3 best friends Fermin, Poco Loco, and Danny were by always by his side during all the fun adventures that they embarked on. Even though it felt as though they never stopped working they always squeezed in time for fishing trips and, of course, working on cars.

Gil will be greatly missed by all. Everyone who he came in contact with can say they have been inspired by him in more ways than one. Although Gil did not have any children of his own he was a father figure to many along the way, including Danny (Lupe’s son); Daniel, Shane and Katie (Danny Meisenbach’s children).

Gil had hopes of retiring in the beautiful state of Utah, which he was only a few months away from. Therefore we will celebrate his life on Saturday July 31, 2021 surrounded by his family and friends and lay him to rest at his final resting place in Escalante, Utah.

To order memorial trees or send flowers to the family in memory of Gildardo Jimenez, please visit our flower store.