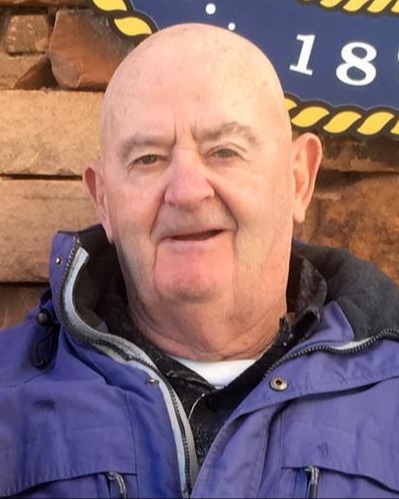 Greg was raised in East Millcreek, Utah. He was born to Hilma Orabell Brown and Joseph Watson Beesley as the second of six children. Greg grew up in a country neighborhood full of kids where apple, cherry, and pear orchards, along with dairy farms were their playground. He graduated from Olympus High School in what he called "the upside down class of 1961". (Flip 1961 upside down and it is still 1961!) Greg excelled in wrestling, later earning a wrestling scholarship at the University of Utah. He served a LDS mission to the White Mountain Apache and Navajo tribes in Arizona and New Mexico. He was first sent to Cibecue, Arizona where he was instrumental in building the LDS chapel, still in use today. During this time Greg gained great compassion and understanding for Native people which continued for the rest of his life.

When Greg returned from his LDS mission, he continued his studies and wrestling at the University. During this time, he worked many different construction jobs around Salt Lake, and at times traveling outside Utah for work. He met and courted Marva Jean Gordon in 1966. They married February 20, 1967 (later divorced in 2005) and that same day he was required to report to the draft board. Greg departed for military training a month later, completing basic training at Fort Bliss (El Paso, TX), AIT at Fort Polk (Vernon Parish, LA), and Fort Benning (Macon, GA). Greg began time in Vietnam with the 101st Airborne Screaming Eagles, the "Squawking Buzzards," he would joke. He was transferred to the MACV military assistance command in Vietnam where he served under Capt. Ken Regalado, who was like a brother to Greg. An uncelebrated hero, he received a triple Bronze Star with a "V" for acts of bravery, valor and gallantry. His comrades called him "Gregorio" the Vigilant Watchman.

When Greg returned home, his first of 8 children was already born. Marshelle Shelton, Aaron Beesley, Daniel Beesley, Peggy Jean Griffin, Benjamin Beesley, Jordan Beesley, Grae Beesley (Jenna) and David Beesley. Greg made his career as a small business owner, general contractor, long haul semi-truck driver, Greyhound-bus driver and an unpaid political strategist for many local and state causes. He willingly gave his time and energy to others less fortunate. Greg taught his children the value of hard work and charitable service. Some of his favorite things were surveying the political landscape, tuning into KTALK, reading non-fiction, tending a vegetable garden, and visiting his many friends and associates around the Salt Lake Valley. In his later days you could hear him on the KTALK radio show announcing, "This is the Eagle from Southern Utah." Greg remembered names and he knew phone numbers by heart. He befriended individuals from all walks of life and from countries all over the world.

The last few years Greg lived with his daughter, Peggy and her husband Gary, in Escalante, Utah where he enjoyed a quiet country life of preparing fire wood, feeding hens, making people smile at the small town grocery store, and picking up litter along highway 12. Greg was close to his sister Jan Beesley, Apache foster sister Ernestine Cody, and thought the world of his granddaughter Iris Orabell Carling (IO). Greg went from a coherent self-sustaining individual to moving out of this life relatively fast. He passed in his home before sunrise on a Saturday morning. He will be missed.

A Celebration of Life will be held at the East Millcreek Library (2266 East Evergreen Avenue) on Saturday, November 12th, 2022 from 2-4 p.m.

“One last request…” said Greg. “Bagpipes!”
Internment of Greg’s remains with Military Honors is set for Memorial Weekend, May 27, 2023, at the Escalante City Cemetery.
For additional information write to Peggy Griffin PO Box 68 Escalante Utah 84726.
To order memorial trees or send flowers to the family in memory of Greg Watson Beesley, please visit our flower store.