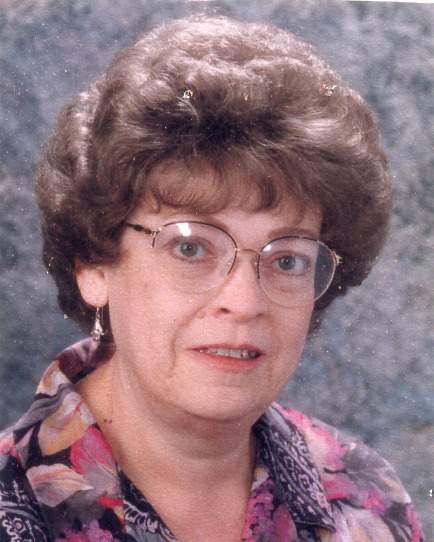 On September 3, 2022, this earth lost a very bright light — Irene Kublank Scow Ritz passed away peacefully in her home, at the age of 85. She was born in Libertyville, Illinois to Julius Kublank and Genevieve Kane on August 22, 1937. She was the middle child - an older sister Marilyn Rebhorn, and younger brother Steven Kublank.
As a young child she was studious and obedient. She loved to read and spend time outside. She rarely, if ever, got into trouble. Irene’s grandmother lived with her family in her last days, and she said she could make the best pastries and bread, but never learned that skill. She did however, learn to whip up a fine meal for her family after a long day at work.
She was a bank teller after high school and saved her money to buy her first car with cash. She loved to bowl and met her first sweetheart playing in the leagues. She married Robert Stein in 1962.  Together they had her first son, Loren “Butch” Stein. They divorced shortly after he was born. Mom and Butch lived in Mayfield 2 blocks away from the only store in town, owned by Lloyd Scow. Lloyd had recently become widowed, and they began to date. She cooked a turkey dinner for him and all his siblings, and they told him he better not let her get away. They married in Las Vegas on April 19,1966. Together they raised his young daughter Darlene, her son Butch,  and the three children they had together.  Lloyd passed away in April 2000.
After many years of helping Lloyd run his store in Mayfield, she got a job at Snow College as a financial aid secretary. This is where she made so many cherished lifelong friends. The family moved to Ephraim in 1979,  and she retired after being a secretary for 24 years. She worked hard to pay the bills, make the food, clean the house, do the laundry, and keep everyone going. She was exhausted most of the time, but she never gave up. She was so proud of the home she bought and maintained, especially the lilacs, irises, yellow roses, and clematis that grew in the yard. She loved flowers and birds and knew the names of all of them! She spent hundreds of dollars on bird seed to keep the feeder full at all times.
Irene was ambitious, kind, witty, and smart as a whip. She is the life of the party and the soft place to land. She made the best Chicken Dumpling soup and Chocolate Picnic cake. She was famous for her homemade waffles. She kept things organized and clean. Saturday was a special day, it was the day to get ready for Sunday. She vacuumed, dusted, and the laundry was folded crisp and sharp! There was never a day that went by that she didn’t make her bed and you could bounce a quarter on it!
Sunday she took her family to church, even at times when she did that alone. She had unshakeable faith. Irene is a modern day “Pioneer”, being the only member of The Church of Jesus Christ of Latter-day Saints in her family. She didn’t come to Utah by handcart, but has been an example of how to love and serve everyone. She has served in various callings, but her favorite was working in the Manti Temple, and being a “visiting teacher”.
In Irene’s younger days when her hands weren’t wretched with arthritis, she played the organ, crocheted, bottled peaches, pears, jam, and made chili sauce with the tomatoes she grew. She loved playing games: Canasta, Gin Rummy, Scrabble,  Dominoes, and reigns as the Yahtzee Queen. Be careful if you get Granny Irene laughing - her laugh will echo through time.
Her grandchildren loved going to Granny’s house to play in the basement, staying up way too late watching a movie, and always ending it with vanilla ice cream with chocolate syrup. Every person in her family would get a birthday card with crisp money in it. Her cursive handwriting was impeccable. She had an obsession with the moon, owls, and the weather.
After being a widow for 4 years, she married Paul Ritz on May 8, 2004. They were married for 3 years, until he passed away from cancer in 2007.  Irene was always the caretaker. She spent her whole life going and doing. She has spent the last 15 years on her own, but she was happy in her home with all the wonderful neighbors coming to visit and help her out.
Irene is preceded in death by her parents; sister, Marilyn Reborn;  brother, Steven Kublank; her husbands: Robert Stein, Lloyd Scow, Paul Ritz; her son, Butch; step daughters: Connie Quick and Faye Hurst.
She is survived by her daughter: Julene Shelley (Richard); son, Lynn Scow; daughter, Janice Dotson; step son, Marvin Scow (Beverly); step daughter, Darlene Brotherson; and daughter-in-law, Rebecca Stein.  She is also survived by many grandchildren and 2 great-grandchildren: Dominic Prows and Calvin Shelley.
Funeral services will be held on Friday, September 9, 2022 at 12:00 Noon in the Ephraim 7th Ward Chapel, 400 East Center.  Friends may call at the church on Thursday from 6:00-7:00 p.m. and also prior to services from 10:30-11:30 a.m.  Interment will be in the Ephraim Park Cemetery.  Funeral Directors: Magleby Mortuary, Richfield, Salina and Manti.  Online guestbook at www.maglebymortuary.com

To order memorial trees or send flowers to the family in memory of Irene Louise Ritz, please visit our flower store.