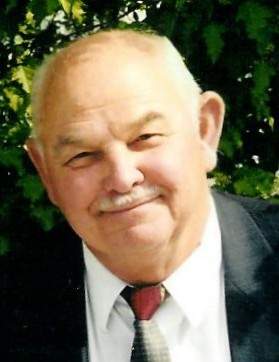 Jack Francis Winkel passed away Saturday, October 23, 2021 in Lindon. He was born on April 3, 1937, to John Winkel and Ruby Gregersen. Jack was raised in Richfield, Utah where he learned to work on his father's turkey farm. Jack lost his mother when he was ten. His father later married Rhoda Johnson. Jack enjoyed sports, especially baseball and track and field. He graduated from Richfield High School in 1955 and had many close friends.

Jack married Jane Peterson in 1958. Two years later they had their first child, a girl who they named Lora. In 1963 they had a son, Jeff and in 1968 another son, Jerry. During this time Jack worked on his father's farm raising his own flocks of turkeys and chickens. He was also a member of the Utah National Guard.

Jack learned to fly airplanes and considered it one of his greatest accomplishments.  In 1968 he decided to stop farming and get his college degree. He attended the University of Utah while Jane worked at the telephone company.  Jack's degree in geophysics got him a job at Mobil Oil. They started their new lives in Dallas Texas, and later settled in Houston. Jack's job took him all around the world for many extended assignments including Egypt, North Sumatra, the North Slope of Alaska, Viet Nam, the North Sea, Tunisia, and others. He later became the Geophysical Supervisor of Operations in Texas for Mobil.

Jack enjoyed all Texas had to offer including professional sports and the outdoors. Jack was truly a hunter-gatherer. In addition to hunting and fishing, he enjoyed gardening, raising fruit trees, gathering pine nuts, picking asparagus on local ditch banks, and berries along the railroad tracks. Jack had an annual tradition of going fishing in Alaska with his brothers, sons, and friends. He also enjoyed competing in many senior track and field events.

Upon retirement Jack and Jane settled in Alpine and later Payson, Utah. They enjoyed serving in the Timpanogos Temple and spending time with their grandchildren.

Jack is survived by his three children:  Lora (Doug) Draper, Jeff (Monique) Winkel, Jerry (Anna) Winkel; along with his siblings: Bryce, Mary Jan and Corey. He has seven grandchildren and nine great-grandchildren. He was preceded in death by his wife, mother, father, and stepmother.

Funeral services will be held on Friday, October 29, 2021 at 12:00 Noon in the Magleby Mortuary Chapel, 50 S 100 W, Richfield, where friends may call from 10:30 - 11:30 a.m. Burial will be in the Richfield City Cemetery. Funeral Directors: Magleby Mortuary, Richfield, Salina and Manti. Online guestbook at www.maglebymortuary.com

To send flowers to the family or plant a tree in memory of Jack, please visit our floral store.

To order memorial trees or send flowers to the family in memory of Jack Winkel, please visit our flower store.