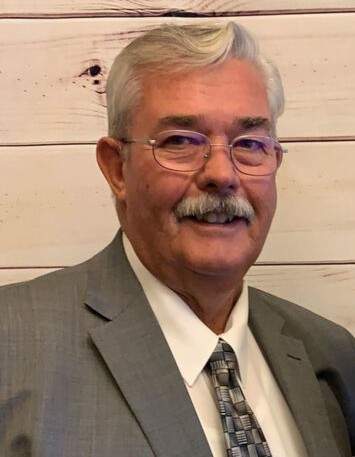 James Ariel Alvey, passed away December 23, 2021 in Murray, Utah.  He was born August 11, 1950 in Panguitch, to Aerial Haws and Fay Little Alvey. Jim spent his childhood in Escalante and graduated from Escalante High School in 1968. He married Leola Rae Liston, his high school sweetheart, on May 11, 1970. The marriage was solemnized in the Manti Utah Temple on August 31, 1974.

After graduation Jim attended trade schools in Richfield and Provo. He worked as a union carpenter and worked on many buildings and projects at BYU. In 1980 he co-founded Western Quality Concrete, where he proudly worked until about 1996. Some of his highlight projects include Bangerter Highway, Provo Canyon Phase 1, and State Street in Orem. Shortly after that he formed 7A Construction where he built a business park, several commercial buildings, numerous roads, and subdivisions in Utah County. His crowning achievement was helping his boys establish Rocky Mountain Industrial, where he worked with all his boys until his “official” retirement in 2019.

Jim and Lola raised five sons! Jim helped teach them to be hard workers, good people, and he set an example of being a loving husband and father for them to follow.
Jim loved hunting and the outdoors. He spent as much time as possible on the Boulder Mountain with his family. He and Lola have loved traveling together, they’ve spent time in Mexico and many other places with their 4-wheeler group. Jim was the best tour guide and storyteller.

He is affectionately known as “Big Jim” to those close to him and most everyone he worked with. You could always find Jim taking care of someone either in the neighborhood, ward, or at work. He could do it all, from cooking for everyone to teaching a new skill. He served his family and the community, including serving on the Stake High Council for many years and as a bishop for five years.

We will miss his calm and level head in the sea of chaos. He was always a strong and steady influence in our lives and in the lives of those who knew him. He was a devoted husband, father, grandpa, and friend.

Preceded in death by his parents; sister, ReNae Bundrant.

The family wishes to express their heartfelt thank you to the staff at Intermountain Medical Center in Murray for the excellent care they gave Big Jim and the loving way they accommodated the family during this time. We are so thankful for the support and love we have felt from all our family, friends, and work associates. We feel very blessed to be surrounded by so many loved ones and so many good people.

Funeral services will be held Thursday, December 30, 2021 at 11:00 a.m. in the Mapleton Stake Center, 970 N 400 E, Mapleton, Utah 84664, where friends may call Wednesday evening from 6-7 p.m. and Thursday morning from 9:30 - 10:30 a.m. Burial will be in the Mapleton Cemetery. Live streaming of the services and online guestbook can be found at www.maglebymortuary.com under Jim’s obituary. Funeral Directors: Magleby Mortuary, Richfield, Salina and Manti.

To plant a tree in memory of James Alvey, please click here.

To order memorial trees or send flowers to the family in memory of James Alvey, please visit our flower store.