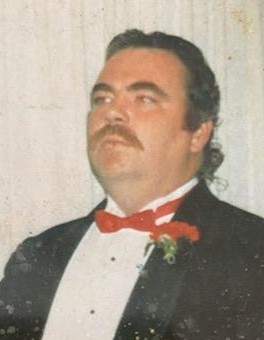 James Daniel Ashurst, 64, passed away Thursday September 2, 2021at his home in Richfield, with his wife and children by his side after a courageous battle with a heart condition.  As painful as it is, we know he has gone to a better place and suffers no more.

Born to Franklin George Ashurst and Gloria McEwen Hunt on October 30, 1956 in Miami, Florida, Jim has lived many places throughout the United States including California, Florida, and Utah.

Growing up he loved to spend time with family and friends, he enjoyed hunting, fishing and tinkering on anything with a motor. He graduated from Irvington High School and soon afterward followed the family tradition of military service by joining the Navy being stationed on the naval ship USS Lynde McCormick during the Vietnam conflict.

After returning from the service, Jim continued to learn electrical and mechanical skills at Osceola Trade School. While working in many types of skilled labor he primarily earned his living through his work in residential and commercial construction as well as heating and cooling systems.

He belonged to several motorcycle clubs, a Guardian for ASPCA, and a member of The Sons of Utah Pioneers. Jim will always be known for his friendliness and acceptance of others, always the first to give a call and checking in on others’ well being.

On November 5, 2000 he married Jayne Ann Day, they share three loyal and loving children: Darryl, Ashley and Daniel. Jim had three daughters and a son from previous relationships: Crystal, Desdene, Tiffany and Robert. He loved his children and being part of their lives more than anything on Earth.

He is survived by his wife; his children; parents; and his siblings. Jim’s wife and children want to express their gratitude to and appreciation to all those who have offered condolences, donated, and participated in service in anyway.

Funeral services will be held Monday, September 13, 2021 at 11:00 a.m. in the Magleby Mortuary Chapel, 50 South 100 West Richfield, where family and friends are welcome during viewing hour from 9:30 – 10:30 prior to services on Monday. Interment will follow at Richfield City Cemetery with military honors by the V.F.W. Sevier Post #5050 and Navy Honor Guard. Funeral Directors: Magleby Mortuary, Richfield, Salina and Manti. Online guestbook at www.maglebymortuary.com

To order memorial trees or send flowers to the family in memory of James Daniel Ashurst, please visit our flower store.