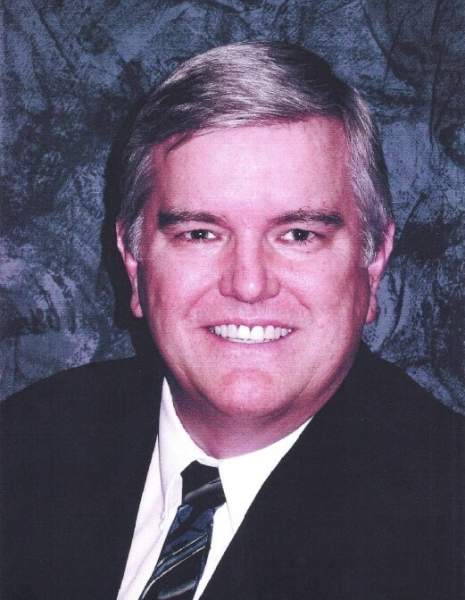 James Edward Woods Jr., 69, of Manti, Utah, passed away unexpectedly on Monday, June 7, 2021. Jim passed peacefully as he napped on the sofa; resting after mowing the lawn of his Manti home. Jim was born April 4, 1952 to James Edward “Ed” Woods and Anita Cathleen “Ann” Kininmonth in Cleveland, Ohio; the second of three children. His parents taught him the ethic of hard work and the importance of family.

Jim grew up in Whittier and La Habra Heights, California. He attended Lowell High School where he played football and participated in track and field. As a young man, Jim developed a love of motorcycles and all things mechanical. He loved to ride his dirt bikes in the dry lake beds of the California desert. After high school, Jim attended Brigham Young University in Provo, Utah. While there, he joined The Church of Jesus Christ of Latter-day Saints and met Virginia Stanton. They were married in the Manti Temple on June 23, 1972. After college, Jim and Virginia moved to La Habra, California. There they welcomed two sons, James Edward III and Stanton Matthew.

For a time, Jim was not sure what type of career he wanted to pursue. Through Jim’s faithfulness, the Lord provided opportunities for him his entire life. While in La Habra, Jim’s Elders Quorum president at church intervened in Jim’s life and offered him an opportunity in plastics manufacturing, something Jim had never considered. This required moving the family to New Jersey. In New Jersey, Jim helped open a new plant for A&E Plastics, specializing in thermoforming. While in New Jersey, Jim and Virginia welcomed their first daughter, Anita. Opportunity came again when Continental Can Corporation hired Jim to build and open a blow molding plant back home in California, producing the recently developed two-liter soft drink bottles. A second daughter, Jessica, was welcomed while living in Chino, California. Following the road of opportunity, Jim found his way to Utah and began working for RP Scherer developing gelatin capsules. The family settled in Pleasant Grove, Utah, residing there for over 30 years. In Pleasant Grove, a fifth child, Samuel Thomas, was lovingly welcomed by all.

The job at RP Scherer opened up medical manufacturing opportunities for Jim. During his life, he worked for a long list of prominent employers including Deseret Medical and Cardio Pulmonics as an engineer, Ballard Medical as plant manager, and Dynatronics as operations manager. He often spoke of his fondness for his coworkers and his employers. He loved to reminisce about company fishing trips with the late, great Dale Ballard and other colleagues.

Upon retiring, Jim and Virginia moved to Manti, Utah. Along with his professional successes, Jim served faithfully in The Church of Jesus Christ of Latter-day Saints. He served for many years as a children’s Primary teacher, Sunday School teacher, Cub and Boy Scout leader, Elders Quorum president, Sunday School president, and as a counselor in multiple bishoprics. He always served in a quiet, humble way. He also enjoyed indexing historical records for genealogical research.

Some of Jim’s favorite pastimes included cutting firewood with his father and sons in the mountains, taking road trips and Sunday drives with family, bouncing a baby on his knee, finding solutions to any problem, and reminiscing about happy times with his kids and grandkids. The most important thing in Jim’s life was his family. He adored his parents and siblings, always striving to live up to their examples. He took seriously his duty to love, protect, and support his wife and children. His grandchildren are his pride and joy; he thought and prayed for them often and will continue to watch over them. He loved all his nieces and nephews and extended family as well.

He was preceded in death by his parents, James and Anita; and his granddaughter, Margaret Kincaid.

Funeral services will be held Tuesday, June 15, 2021 at 11:00 a.m. in the Manti 8th Ward (Red Church), where friends may call from 9:00 - 10:30 a.m. Burial will be in the Manti City Cemetery. Live streaming of the services and online guestbook at www.maglebymortuary.com under Jim’s obituary.  Funeral Directors: Magleby Mortuary, Richfield, Salina and Manti.

To order memorial trees or send flowers to the family in memory of James Woods, please visit our flower store.