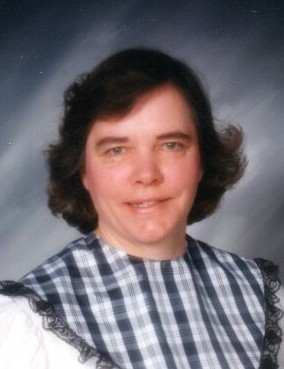 Jane Peterson Partridge was born on May 5, 1943 to Adrian D and Melba Gledhill Peterson.  She was raised in a family of five, with one older brother, Gordan, and three younger brothers: Doug, Ralph, and Ivo.  She lived most of her life in Richfield, Utah and graduated from Richfield High School in the class of 1961.  At the time she was the first class to finish in a new Richfield High School.    She attended Southern Utah State College (now known as SUU) and later graduated from Utah State University with a degree in elementary education.  Shortly after college she taught elementary children in Salt Lake City and Vernal Utah.  She served faithfully in various callings in The Church of Jesus Christ of Latter-day Saints, including Primary pianist, librarian, teacher and minister.  She married Alan Partridge on November 21, 1970 and was sealed to him in the St. George Utah Temple.  Together they had five wonderful children: Jannice, Arthur, Melanie, Thomas, and Malissa.  They  resided in Vernal, Utah; Baker and Elko, Nevada before returning to Richfield in 1977.  She loved being around her family and was always there to support them in all of their activities.  She loved to dance (clog), participate in the Daughters of Utah Pioneers, and attend local/church events.  Jane could be described as quiet, friendly and kind.

Jane passed away peacefully due to complications with diabetes on March 29, 2022 in Murray Utah.

She is preceded in death by her parents; brothers: Ralph and Ivo; and her oldest daughter, Mary Jannice Anderson.

The family would like to thank all of the nursing staff and doctors who have provided such excellent care over the years. Thank you to all the friends, ministers, and to all those who have shown kindness and care to the family through this trying time.

Funeral services will be held on Tuesday, April 5, 2022 at 12:00  Noon in the Richfield 2nd Ward Chapel, 700 W 200 S, where friends and family may call from 10:30 - 11:30 a.m.  Burial will be in the Richfield City Cemetery. Funeral Directors: Magleby Mortuary, Richfield, Salina and Manti. Online guestbook at www.maglebymortuary.com

To send flowers to the family or plant a tree in memory of Jane, please visit our floral store.

To order memorial trees or send flowers to the family in memory of Jane Partridge, please visit our flower store.