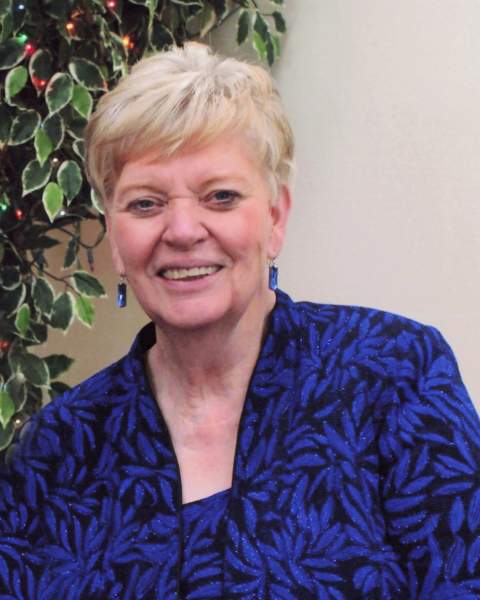 Our hero: Janis Rae Crompton Henrie – “Grandma Purple” age 74, Panguitch, UT; returned to the loving arms of our Heavenly Father on November 9, 2022. Janis was born on December 30, 1947, to David Ellsworth and Norma Teudt Fernelilus Crompton in Reno, NV.  As the youngest of three children, she was loved and cherished by her older brother, Barry T. Crompton, and her older sister Diane C. Shirley.
Janis graduated from Sparks High School and then attended Brigham Young University.  While attending BYU, she met Lowell V. Henrie Jr. They were married and sealed for time and all eternity on August 30, 1968, in the Salt Lake City Temple.  Janis and Lowell began their family and eventually moved to Panguitch, UT, where they raised five children: David Lowell, Lisa Kay, Tammi Anne, Jeramy Joe, and Scott Cameron.
Janis later attended Southern Utah State College and earned a bachelor’s degree in Elementary Education and became “the Purple Teacher” at Panguitch Elementary School where she taught and truly loved many students for 25 years.  While teaching and raising her five children she earned a Master of Education with an endorsement in reading. Throughout Janis’ career she advocated for art and music programs.  She was an integral part of implementing the art docent program and strings program at Panguitch Elementary.
Janis was an active member of The Church of Jesus Christ of Latter-day Saints where she valiantly served in many callings often working with youth and sharing her musical talents.  She loved music and throughout the years sang and played the piano for many events.  She was part of a singing group called the Chantilly Ladies and later formed a trio with three close friends, two who sang with her and one who played the piano for the group.  The trio eventually became known as “the funeral singers” because they sang at so many funerals. The home she created for her family was always filled with music.  Her family was her heart, and music was truly part of her soul. She loved the temple and was called to serve with her sweetheart in the St. George Temple for three and a half years.  Those years were some of the happiest of her life.
Janis was a wife, mother, and grandmother, who loved and cared for her family with her whole heart. When her first grandchild was born, she became “Grandma Purple” to not only her grandchildren, but to all who knew her.  She adored her twenty-one grandchildren and eight great-grandchildren and loved her spoiled dog, Pepper.
Janis’ love and influence will always be remembered. She will be missed by family, friends, and former students.
Survived by husband, Lowell; children: David Lowell (Stephanie) Henrie; Lisa Kay (Todd) Breinholt; Tammi Anne (Gary) Bennett; Jeramy Joe (Sheryl) Henrie; Scott Cameron (Brittney) Henrie; grandchildren: Shayna (Morgan) Wood, Hayden Henrie, Riki Henrie, Hallie Volker, Tayson Volker, Brie Volker, Janisa (Manny) Quezada, Jaylee (Brycen) Bybee, Jentri Breinholt, Jaxton Breinholt, Dalan (McKenzie) Bennett, Taylor (Logan) Steed, Jordan (Zackary) Draper, Kyler Bennett, Alicia Henrie, Jaren Henrie, Curtis Henrie, Brinlee Henrie, Draysen Henrie, Maylee Henrie, Alexie Henriel; great- grandchildren: Myla Wood, McKay Wood, Aden Quezada, Nolan Quezada, Luka Bybee, Hailey Bennett, Baby Bennett (Due January 2023), Addilyn Steed.
Janis was preceded in death by her parents; and a brother Barry Teudt Crompton.
Funeral services will be held Wednesday, November 16, 2022 at 1:00 p.m. in the Panguitch 1st Ward Chapel, 195 West 200 South, where friends may call from 10:00 am - 12:00 Noon. Burial will be in the Panguitch City Cemetery. Funeral Directors: Magleby Mortuary, Richfield, Salina and Manti. Online guestbook at www.maglebymortuary.com
In lieu of flowers the family has asked that money be donated to the Janis C. Henrie Memorial Scholarship fund at Zion’s First National Bank.