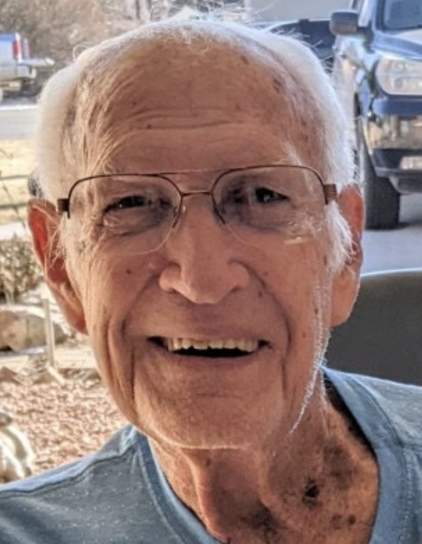 His children are: Michael (Kathy), Kerry (Sondra), Russell (Rebecca), and Tammy Larson (Wayne). He had one living brother, Dick Shepherd (Marilyn); and one sister-in-law, Yvonne Childs. He has 10 grandchildren and 24 great-grandchildren. And many others he considered his.

He was a long time Richfield resident who worked at Richfield Auto Parts and Cove Auto Body and Accessories. He retired in 1997.

Funeral services will be held Saturday, August 20, 2022 at 12:00 Noon in the Richfield 5th Ward Chapel, 800 North 500 East, where friends may call from 10:30 - 11:30 a.m. Interment will  be in the Mt Pleasant Cemetery at 3:00. Live streaming can be found below Jay's obituary. Funeral Directors: Magleby Mortuary, Richfield, Salina and Manti. Online guestbook at www.maglebymortuary.com .

NOTE: Streaming is LIVE only --- can only be viewed during the service time

To order memorial trees or send flowers to the family in memory of Jay Marlin Shepherd, please visit our flower store.