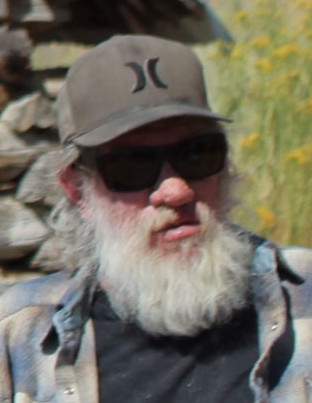 On July 4, 2022, in Cedar City, Utah, our dear brother and friend, Jerald Wallace Pollock, peacefully passed away surrounded by his siblings, returning to his heavenly home and reuniting with family awaiting him there.

Born on January 27, 1955, in Hawthorne, Nevada, Jerry was the second oldest child of six, born to Jack Wendell and Janet Eddley Ott Pollock.  Jerry was raised in Hawthorne and Tropic, Utah during the turbulent years of the 1960’s, and those formative years would leave an indelible imprint on his life.

Jerry was talented in many different areas, but his true talent growing up was playing baseball.  He was a standout pitcher with professional talent and won many games with his accurate throwing ability and wicked curve ball. He valued his favorite baseball glove signed by perennial all-star of the Minnesota Twins, Rod Carew. He was a graduate of Mineral County High School.

Jerry worked at many occupations during his lifetime, including as an oil field worker and timber cutter. His favorite job was with Pacific West Exploration during the 1970’s where he placed sensors for seismic exploration and analysis.

Jerry kept his chin up and a smile on his face through the challenges that he experienced.  He found great solace and fulfillment in the outdoors where he loved to hike, look for arrowheads and fossils, and enjoy the beauty of the mountains and canyon country of southern Utah. He was an avid reader and loved watching western movies. He was a friend to all and would be the first to say, with a slight grin on his face that most of his friends were in “low places”, quoting Garth Brooks.

Jerry was a member of The Church of Jesus Christ of Latter-day Saints and is preceded in death by his parents Jack Wendell Pollock and Janet Eddely Ott Pollock.

The Pollock Family would especially like to acknowledge and extend their gratitude to the skilled health care professionals at the Cedar City Beehive Home and to the many friends and family members who loved Jerry.

STREAMING IS LIVE ONLY --- no recording is made

To order memorial trees or send flowers to the family in memory of Jerald "Jerry" Wallace Pollock, please visit our flower store.