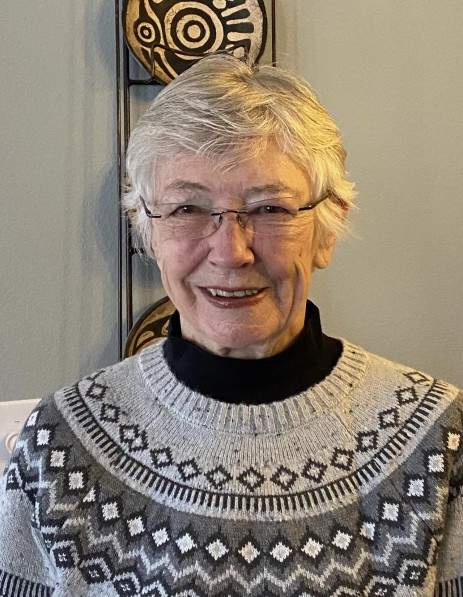 Johanna Pace Collester passed peacefully on February  3, 2021 in her Denver, Colorado home. She was born on October 6, 1931 in Richfield, Utah to Johanna and Frank Pace. Following her graduation from Boulder University in Colorado, Jo married Stewart Collester on September 27, 1953.

As a young wife and mother, Jo led an active life providing stability for family as she followed her husband’s global career in the petroleum industry. Stew had a remarkable career with Santa Fe International, assigned to South America, the Middle East and London before settling near the company’s California headquarters, where he ascended to become an Executive Vice President.

Jo remained faithfully by Stew’s side throughout his career and during their retirement in Utah. Following Stew’s passing in 1993, she married Pat Budnick and they resided in Leeds, Utah until his death. Jo then moved to Colorado, where she enjoyed her final years in the company of people she loved.
An active philanthropist, believing that education should be available for all who desire to reach their highest potential, Jo created the Collester Foundation and established a perpetual scholarship at Stew’s alma mater, Colorado School of Mines.

Jo loved the outdoors and spent her summers riding horses and fishing at her family ranch in Fish Lake, Utah, where she was active in civic affairs and authored a book on local history. Her life was truly an adventure.

Jo also was anticipating the birth of yet another great grandchild. Jo’s descendants and extended family will miss her dearly.

Her family thanks all who loved Jo and shared in her life.

A private memorial service will be held at her beloved Fish Lake Ranch. In lieu of flowers, please contribute to your favorite charitable or educational institution. Funeral Directors: Magleby Mortuary, Richfield, Salina and Manti. Online guestbook at www.maglebymortuary.com

To order memorial trees or send flowers to the family in memory of Johanna Collester, please visit our flower store.