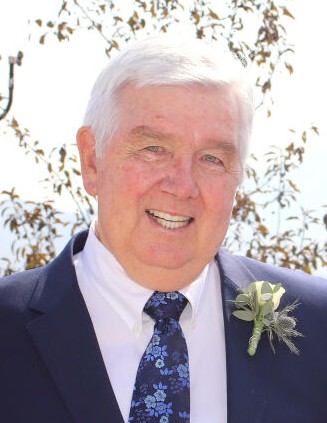 John Karlos Coons II, 74,  passed away peacefully on the afternoon of August 5, 2021 in Salt Lake City. He courageously fought a battle against pancreatic cancer and was surrounded by his loving family when he passed.  He was the second child born May 4, 1947 in Richfield to John Karlos and Konnie Anderson Coons and was a beloved son. He has two sisters, Jolene Cole and Jan Van Boerum. He grew up in Richfield, Utah and had wonderful experiences with his friends and extended family including grandparents, aunts, uncles and cousins.

He served in the United States Army as a dentist. Their family was stationed in Crailsheim, Germany and Colorado Springs, Colorado.  He was honorably discharged as a Major. They then moved to Las Vegas, NV where he established Spring Valley Family Dentistry and had an active practice for 35 years.

Jane and John served four missions for The Church of Jesus Christ of Latter-day Saints: Nauvoo Temple; Everett, Washington; CSM Coordinators and the Washington D.C Temple. He was an active member of the Church where he served as bishop, high councilor and seminary teacher.  He was a gifted and passionate teacher and taught many, many seminary students who he deeply loved.

John was a lover of sports. He was active in the Las Vegas baseball community with his sons and loved to play golf, tennis, chess, football, ski and baseball. He was an avid outdoors man and loved to spend time fishing at Fish Lake with his children and grandchildren.

He had many hobbies and talents which included: photography, drawing, record keeping, horses, farming, chess, family history. He shared these hobbies and loves with his grandchildren and great-grandchildren.

John loved his family most of all. He was dedicated to Jane throughout their 55 years together. He is survived by their eight children: Katie (James) Burdett, Julie (Tom) Anderson, Kelly (Bill) Trythall, Charles (Angela) Gubler-Coons, Mary Kaye Coons, Jamie Anderson, Caroline (David) Fields and Andrew (Jillian) Coons; and his 27 grandchildren and 6 great-grandchildren; sister Jan Van Boerum.

He was deeply loved and will be greatly missed by all who loved him. He was smiling and kind until the end and left this world a better, more wonderful place.

Funeral services will be held  Friday, August 13, 2021 at 11:00 a.m in the Magleby Mortuary Chapel in Richfield,  where friends may call from 9:30 - 10:30 a.m.  Burial will be in the Richfield City Cemetery. Funeral Directors: Magleby Mortuary, Richfield, Salina and Manti. Online guestbook at www.maglebymortuary.com

To order memorial trees or send flowers to the family in memory of John Karlos Coons, please visit our flower store.