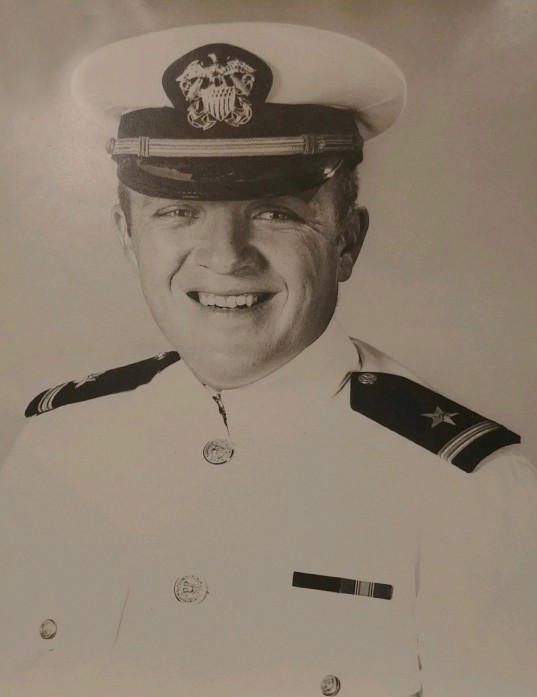 Joe was raised and attended schools in Richfield. Growing up, his passion was for music and photography. He mastered the trumpet and played in a jazz band. He enjoyed learning and went off to college to continue his education. After one year of college, he joined the Navy. He found his niche. He was a career military man. His affiliation with the Navy paved the way for his education. He graduated from the University of Utah with a Bachelor’s degree in Computer Science. He graduated from the University of California with a Master’s degree in Computing Science.

During his career, Joe served on the USS Jason, the USS Sterett, and the USS Enterprise. He was in the Tonkin Gulf during the Vietnam War.

Upon retirement, Joe moved to Redondo Beach and Mission Viejo, CA. He worked for Mitsubishi doing computing aeronautics. He and Donna then moved to Myrtle Beach, South Carolina. Joe moved back to Richfield in 2015.

Joe had Alzheimer’s and it was difficult to see his life disappear, piece by piece, one memory at a time. He is now at peace and shall forever remain in our hearts.

Cremation services to take place at the Magleby Mortuary Crematory. Graveside services will be held Tuesday, November 17, 2020 at 1:00 p,.m. in the Richfield City Cemetery with military honors by the V.F.W. Sevier Post #5050 and Navy Honor Guard. Live streaming of the services and online guestbook can be found at www.maglebymortuary.com under Joe’s obituary. Funeral Directors: Magleby Mortuary, Richfield, Salina and Manti.

To order memorial trees or send flowers to the family in memory of Joseph Charles Fuellenbach, please visit our flower store.