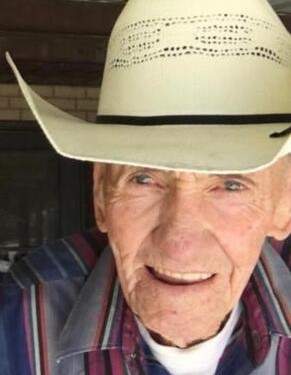 Kenneth "Ken" Larson, age 92, passed away on March 7, 2021 from complications of a recent injury. He died in the home where he was born, on his farm located South of Manti, Utah. He passed away peacefully in the morning hours, where he was surrounded by his loving family.

Ken was born on December 28, 1928, to Edgar Merriam and Wanda Nielson Larson. He graduated from Manti High School in 1946. After graduation, Ken joined the military, completed courses at the Engineering School, in Ft. Belvoir Virginia, and then was stationed in France, during the Korean War.

Upon arriving home from the war, Kenneth went to work for the Tempest Company, and quickly worked up to a superintendent. Ken married the love of his life, Helene Hemphill, on November 20, 1954.

Ken was truly an amazing man. He was an extremely hard worker who continued to be active to the very end. He will be remembered for many things such as his strength, courage, love, wisdom, humor and storytelling. One of his life’s greatest joys was spending time with his family and teasing his grandkids. He was beloved by many and will live on forever in our hearts. We miss and love you more than words can say. Until we meet again.

Graveside services will be held on Wednesday, March 10, 2021 at 1:00 p.m. in the Manti City Cemetery with military honors by the Manti American Legion Post #31 and the Utah Honor Guard. Online guestbook and live streaming of the services available at www.maglebymortuary.com under Ken’s obituary. Funeral Directors: Magleby Mortuary, Richfield, Salina and Manti.

To order memorial trees or send flowers to the family in memory of Kenneth Larson, please visit our flower store.