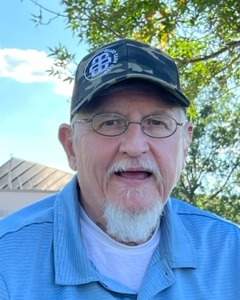 Our dearly loved Kurt George James, 64, passed away September 13, 2022 at his home in Central Valley due to Anoxic Brain Injury from complications of a medical procedure. He was born in Provo, Utah on June 17, 1958 to George Allen and Barbara Selman James. He loved growing up next door to his paternal grandparents, Clarence and Celena Hatfield James. They had a profound impact for good on his early life and provided respite and healing for an otherwise difficult time.
Kurt was a loyal and trusted friend and maintained close, life-long relationships with many of the childhood friends he had while growing up in Provo. He married Randi Lallatin in 1977 and together they had two children: Alicia (Perry) Rhoda and Wyatt James. They later divorced. He married Debbie Madsen James in 2003 and opened his heart to her four  children: Amy (Jerrett) Moore, Lane (Amanda) Mecham, Nathan (Erin) Mecham and McKenzi (Malcolm)
Powell. Kurt and Debbie were sealed as eternal companions in the Manti, Utah Temple. A gift more precious than gold. Together they have 16 beautiful grandchildren.
Kurt worked at Geneva Steele before acquiring a technical degree from UVSC as a machinist. He became very skilled in making guns and other items and loved owning his own shop, but health issues prevented him from continuing in that trade. He worked at the Utah State Developmental Center and finally Juvenile Justice Services as a counselor. He loved working with troubled youth and received special recognition for saving the life of one of the youth in his care.
Before his health declined, he loved hiking, backpacking, camping and Perry Mason reruns (it reminded him of time spent with his grandparents.) He was a true Boy Scout, always prepared. He and Debbie enjoyed many wild adventures in his Jeep exploring the west desert and other remote destinations.
Cremation services to be held in the Magleby Mortuary Crematory.  A private memorial service will be held and internment will be in the Monroe City Cemetery. Funeral Directors: Magleby Mortuary, Richfield, Salina and Manti.
Online guestbook at www.maglebymortuary.com
Special thanks to Blake and Doreen at Intermountain Homecare and Hospice for the compassionate service provided to Kurt.

To order memorial trees or send flowers to the family in memory of Kurt George James, please visit our flower store.