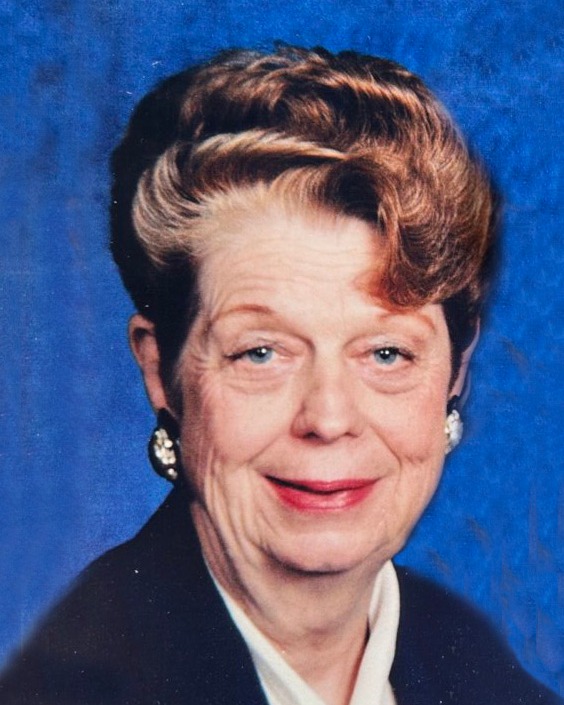 After a life dedicated to serving her family and the church that she loved, our sweet mother, Lalagene Harvey Calkin passed peacefully in her sleep early in the morning on October 29, 2022.  She was the mother of six of her own children (and surrogate mother for three of her sweetheart, Jim’s children), grandmother to 26, great-grandmother to 25 and great-great-grandmother of one.
She was raised with her beloved brother, Loftin A. Harvey, Jr., who survives her, on Post Street in downtown Salt Lake City. After marrying at an early age, she raised her first three sons: Jeff, Greg and Randy in Hunter, Utah.  Remarrying later in life, she raised a second set of three children: Ivan, Karl and Merilee in Lancaster, California; Hunter, Utah; and then Sandy, Utah, before finally retiring with her sweetheart Jim to whom she is sealed for time and all eternity to Manti, Utah. She loved Manti and its people, and her dream had always been to retire there and serve in it’s beautiful temple.
Our mother was a strong woman who was devoted to her children. She found great satisfaction in her service to the church as a missionary, temple worker and in various callings.  Our mother was a talented seamstress who made the best Halloween costumes, and she truly enjoyed her hobbies of preparedness and gardening (winning many county awards for her vegetables).
After raising her children, our mother served several missions for The Church of Jesus Christ of Latter-day Saints, including two with her husband Jim. The first mission which she served before meeting Jim, was to Vancouver, British Columbia. Her second mission, which she and Jim served shortly after their marriage, was to Ventura, California. Then, after Jim’s passing, she served another mission with the church history department in Salt Lake City, Utah.  Additionally, for many years she and Jim served a mission in the Gunnison prison teaching classes to the residents of the facility. She loved the Lord and all the people that she served.
Our dear mother is now reunited with her loving parents Loftin and Cleo; her son Randy; her grandson Tyler; and her husbands who all preceded her in death.
Funeral services will be held on Monday, November 7, 2022 at 11:00 a.m. in the Manti 8th Ward (Red Church). Friends may call at the church on Sunday evening from 6-7 p.m. or Monday morning from 9:30 - 10:30 a.m. Burial will be in the Manti City Cemetery. Funeral Directors: Magleby Mortuary, Richfield, Salina and Manti. Online guestbook at www.maglebymortuary.com

To order memorial trees or send flowers to the family in memory of Lalagene Calkin, please visit our flower store.