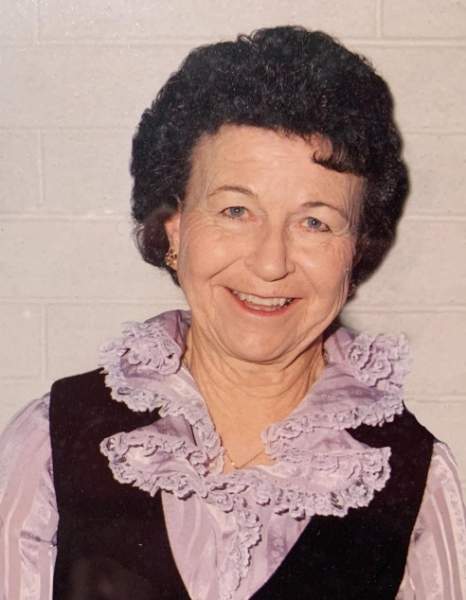 LaRee grew up thinning sugar beets.  She could thin an acre of beets faster than almost anyone and this was proven in thinning contests.  She excelled in playing the piano and was the ward organist at the tender age of 12. Throughout her life she taught many young children piano.

LaRee worked for Georgia Pacific in Sigurd for 40 years.

LaRee held many Church positions, including MIA president and counselor, stake MIA counselor, Primary president, Cub Scout den leader—usually while serving as the organist in the ward as well.

She was very involved in the community as well as the Church.  LaRee had many political meetings in her home and kept up to date on what was going on in the world, as well as the United States.

She taught 4-H to many of the town children, also serving on the 4-H community council for several years. LaRee helped plan many activities for the youth of the area. She was active in the local chapter of the Daughters of Utah Pioneers and served in several positions during her time with them.

LaRee always grew a huge garden and shared her tomatoes with family and many other people. Each year she bottled hundreds of jars of fruit and vegetables and made the best salsa and jam around. She also was an excellent cook.  LaRee’s grandchildren will always remember her for her delicious meals she made. She always made toffee and candy at Christmas and shared with family and friends.

LaRee always supported her children and grandchildren in graduations, programs, birthdays, weddings and other accomplishments; many times traveling alone to these activities.

Her life has always been about hard work and service to those around her. She loved the gospel and her Savior and was always an active, faithful member of The Church of Jesus Christ of Latter-day Saints.  If anyone has truly been lost in the service of their fellow beings, and not been idle, it is LaRee.

Funeral services will be held Wednesday, December 29, 2021 at 11:00 a.m. in the Sigurd Ward Chapel, where friends may call from 9:30 - 10:30 a.m. Burial will be in the Vermillion Cemetery. Live streaming of the services and online guestbook can be found at www.maglebymortuary.com under LaRee's obituary.  Funeral Directors: Magleby Mortuary, Richfield, Salina and Manti.

To send flowers to the family or plant a tree in memory of LaRee, please visit our floral store.

To order memorial trees or send flowers to the family in memory of LaRee Balle, please visit our flower store.