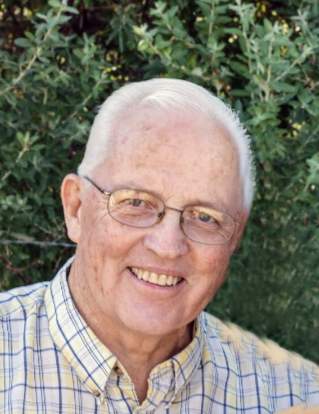 Larry Glen Gay, passed away on his 77th birthday—June 2, 2021 surrounded by his family at his home in Joseph after a valiant fight with cancer.  He was born June 2, 1944 in Richfield to Farral Dee and Hannah Hansen Gay.  He married Pam Peterson on September 7, 1968 in the Manti Temple.
Larry was a veteran of the Vietnam War, serving as a medic in Germany.

He was an active member of The Church of Jesus Christ of Latter-day Saints.  Larry served as a bishop, a counselor in two bishoprics, stake high counselor, stake clerk for four different stake presidents, and in other various callings.  He served four missions: Northern States as a young elder; and with his sweetheart in Russia, Poland and Thailand.

He was a civil engineer for UDOT for 38 years. Larry was also a Joseph City councilman.

The family would like to thank his care givers and doctors who took such great care of him.  Specifically, Dr. Kevin Anderson, Dr. Brian Tudor, Dr. David Wang and our favorite nurse Cassidy.

Funeral services will be held Monday, June 7, 2021 at 11:00 a.m. in the Joseph Ward Chapel at 75 North Center Street in  Elsinore.  Friends may call Sunday evening from 5-7 p.m. at the Magleby Mortuary or Monday morning from 9:30 -10:30 a.m. at the ward chapel in Elsinore. Burial will be in the Monroe City Cemetery with military honors by the Sevier Valley American Legion Post #37. Live streaming of the services and online guestbook can be found at www.maglebymortuary.com under Larry’s obituary. Funeral Directors: Magleby Mortuary, Richfield, Salina and Manti.

To order memorial trees or send flowers to the family in memory of Larry Glen Gay, please visit our flower store.