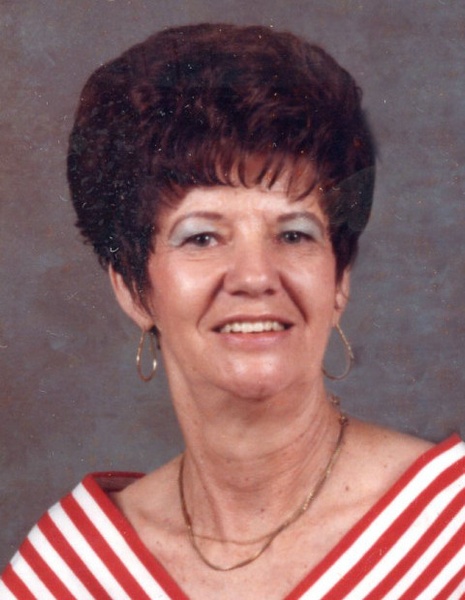 It was a happy day in heaven on May 14, 2022, when LaVell Barnson Jensen, age 97, joined her husband, children and loved ones who were waiting on the other side. She passed away in Monroe.

Mary LaVell Dickinson was born on January 28, 1925 in Delta, Utah to Mary Abigail Winsor and James Henry Dickinson. She grew up in Panguitch, Utah, the oldest of 9 children. She knew how to work hard and had a fun, bubbly personality. It was while she was working for his sister, who was ill, that she met her future husband, Lorin J. Barnson. They fell in love and although both were young, were married November 17, 1941 in Salt Lake City.

World War II began and Lorin enlisted in the Army in 1943. They spent some time in their early years in Nevada, Nebraska, and then back to Salt Lake City. Carolyn was born in Salt Lake and then an infant baby boy who only lived 3 days. A few years later Rainie was born.

When Rainie was 3 years old, the family moved to Elsinore where they bought a little gas station/café. Lorin ran the gas station and LaVell ran the café. Many will remember the sign, “Eat at Lorin’s and Get Gas”. Their son, Jay, was born about a year later and all three children grew up in the café and learned how to work.

In about 1979 Lorin and LaVell opened the Topsfield Lodge steak house. They made many friends, wonderful food and good memories there.

After Lorin died, LaVell eventually married Lee R Jensen and they had nearly 20 happy years together. Lee’s family was her family.

LaVell was universally loved by all who knew her. She was always stylish, witty, and had a wonderful memory. She shared stories of the race horse days, their horse, “Electric Charge”, and the innocent adventure with “the mob” back east. She loved unconditionally, especially her family. She was a cherished grandmother.

She was a member of The Church of Jesus Christ of Latter-day Saints.

Funeral services will be held on Thursday, May 19, 2022 at 11:00 a.m. in the Elsinore Ward Chapel, where friends may visit with the family from 9:30 - 10:30 a.m. Burial will be in the Junction Cemetery at 2:30 p.m. Funeral Directors: Magleby Mortuary, Richfield, Salina and Manti. Online guestbook at www.maglebymortuary.com

The family would like to extend their sincere thanks to the Intermountain Healthcare Hospice Services and the Monroe Canyon Assisted Living.

No live streaming per family request.

To order memorial trees or send flowers to the family in memory of LaVell Barnson Jensen, please visit our flower store.