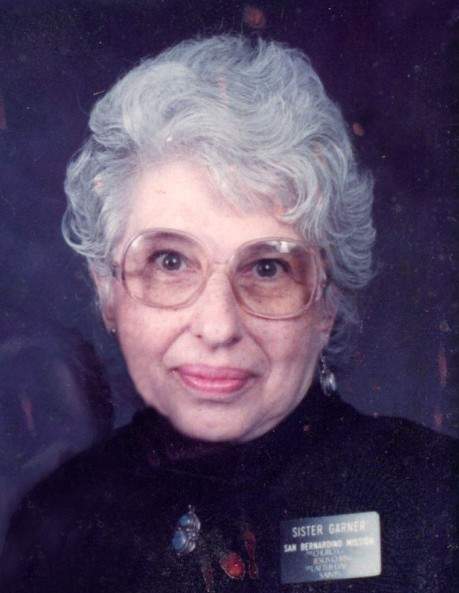 Leatha Cleo Rogers Garner, 89, passed away February 18, 2022 in Cedar City, UT. She was born August 16, 1932 in Albuquerque, NM to Aubrey Thelson and Dorothy Valora Bruner Rogers.  She married William E “Bud” Garner on October 4, 1953 in San Bernadino, California. Their marriage was solemnized in the Los Angeles Temple in 1972. They enjoyed 68 years of marriage before Bud passed away on March 23, 2021.

A member of Job’s Daughters Bethel 33, Leatha was also a member of the Eastern Star and PTO Member.  She served a mission for The Church of Jesus Christ of Latter-day Saints in San Bernadino.

Graveside services will be held Saturday, March 5, 2022 at 12:00 Noon in the Circleville Cemetery. Friends may call prior to the graveside at the Circleville 1st Ward for visitation from 10:30 - 11:30 a.m. Funeral Directors: Magleby Mortuary, Richfield, Salina and Manti. Online guestbook at www.maglebymortuary.com

To order memorial trees or send flowers to the family in memory of Leatha Cleo Garner, please visit our flower store.