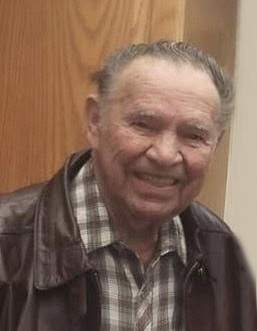 Our loving husband, father, brother, grandfather, uncle and friend, Lee R Jensen, 92, passed away in the early morning hours of May 13, 2021, at Monroe Canyon Assisted Living.   Lee R was born on December 1, 1928, to Eldred Willard and Melba Utley Jensen in Elsinore, Utah.

At the age of 17, Lee R enlisted in the United States Navy.  He served in the South Pacific theatre during World War II.  When he came home from the war, he met Olive Nielson and they were married October 31, 1948, in Las Vegas, Nevada.  They had six children.

Lee R joined his brothers in the electrical and sheet metal business.  Later, he started Sevier Heating and Air Conditioning with his sons.  After his wife Olive passed away, he married LaVell Dickinson Barnson on July 7, 2002 in Elsinore, Utah.  Lee R was a member of The Church of Jesus Christ of Latter-day Saints.

Funeral services will be held Saturday, May 22, 2021 at 11:00 am in the Elsinore Ward Chapel where friends may visit with the family from 9:30 - 10:30 am.  Live streaming of the services and online guestbook can be found at www.maglebymortuary.com under Lee R’s obituary. Burial will be in the Elsinore City Cemetery with military honors by the Elsinore American Legion Post #75 and Navy Honor Guard. Funeral Directors: Magleby Mortuary, Richfield, Salina and Manti.

The family would like to extend their sincere thanks to the Intermountain Healthcare Hospice Services and the Monroe Canyon Assisted Living.

To order memorial trees or send flowers to the family in memory of Lee R Jensen, please visit our flower store.