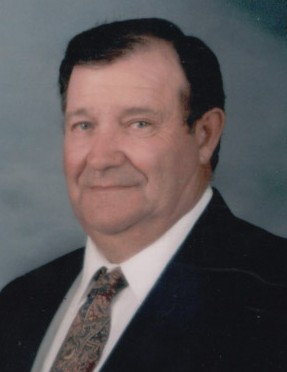 Born June, 25, 1929 in Monroe, Utah to Samuel Melvin Hooper and Olive Newby. He met his sweetheart, Norma Dean Branch, at the young age of 14 and she was only 10. They formed a loving relationship and were married on October 22, 1950. Their marriage was later solemnized in the Manti Utah Temple June 19, 1963.  They were married for 71 years.

Daddy was always his happiest when he was able to be with his family in the mountains. He was able to tell you where he laid any of his traps, where he shot any deer he harvested, where the best fishing was and an insurmountable amount of stories from living his life for the love he had for the great outdoors.  He passed this love onto his posterity and there have been many, many great family camping trips, deer hunts, fishing trips, drives in the mountains, and camp fire stories.

He was honorably discharged from his service in the Army. He spent 42 years working for the United States Gypsum as a loader/trainer. He was a devoted member of The Church of Jesus Christ of Latter-day Saints and he loved teaching the little children.

Preceded in death by his parents; and brothers: Alfred Hooper and Jay Hooper.

It was his children, grandchildren, and great-grandchildren that brought him the most joy, they will miss him dearly.

A small family viewing was held followed by cremation services at the Magleby Mortuary Crematory. Graveside services will be held at a later date.  Funeral Directors: Magleby Mortuary, Richfield, Salina and Manti.  Online guestbook at www.maglebymortuary.com

To order memorial trees or send flowers to the family in memory of LeRoy Hooper, please visit our flower store.