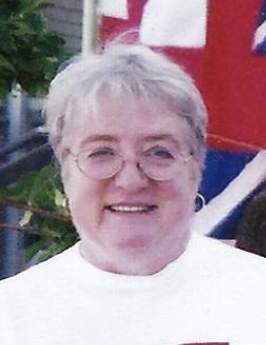 With heavy hearts we announce the passing of Lois Earlene Rowe Larsen on March 9, 2022. Earlene was born on Friday, September 6, 1940 to Owen Earl and Lois Earlene Brockbank Rowe. She was a beloved wife, mom, sister, and daughter. She was an active and faithful member of The Church of Jesus Christ of Latter-day Saints and spent many years serving in positions of service.

Earlene grew up in Spanish Fork, Utah, the only sister to three active brothers. Her lovely mother taught her to sew, cook and play the piano, and she enjoyed occasionally trouncing her brothers at sports as well. She was voted Queen of Spanish Fork’s Fiesta Days in 1957 and got an Hundred Percenter award for 4 years of perfect attendance at all church functions.

On May 20, 1960 she was married in Salt Lake Temple to Alan Boyd Larsen. They had four active sons who kept them running, but she still found time to start her own secretarial business, Earlene’s Executive Services. She was so competent and efficient that she was eventually recruited by Lynn Barnson to assist his regional AFLAC office.

Earlene and Boyd got to travel to Mexico, the Bahamas, Hawaii, and England and Wales. She traveled with her son Gary on tour to Eastern Europe and got to be a volunteer at the 2002 Salt Lake Olympics.

She spent many years in positions of leadership and service and loved family history, being a member of the Daughters of Utah Pioneers, fishing up at the family cabin at Fish Lake, and collecting Coca-Cola memorabilia and Christmas decorations. She also enjoyed riding 4 wheelers with her husband until she broke her leg going up a treacherously steep hill to get a particularly beautiful piece of black obsidian rock. After that she limited her drives to the local Richfield area, accompanied by her faithful Westie dogs sitting on the seat in front of her.

Gram had very talented and beautiful hands. She played the piano expertly, taught piano for years, and spent countless hours accompanying musical numbers for church and community events. If you ever watched her playing the piano, it was a work of art. She was also an accomplished seamstress and blessed the lives of countless people with her sewing skills. Later in life, she opened a long arm quilting business with her son Rob and continued to contribute her skills to innumerable projects.

Mom is preceded in death by her husband Alan Boyd; her parents; her siblings; and her oldest son David.

To order memorial trees or send flowers to the family in memory of Lois Earlene Larsen, please visit our flower store.