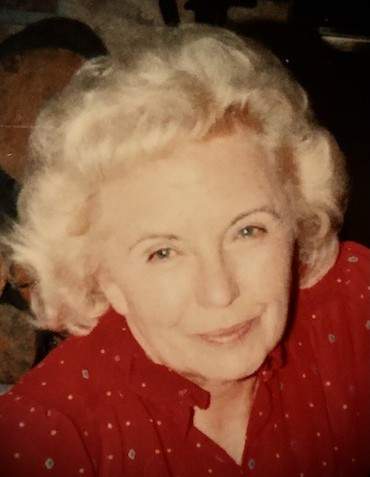 
Lorraine Jensen, 92, passed away on March 7, 2022 in Bountiful, Utah. She was born in Richfield to Golden Denzil and Tressa Holdaway Jensen on January 23, 1930. Lorraine was raised in Sigurd by her grandparents, Ras and Amelia Jensen after her mother passed away when she was just two. Lorraine was very close to her father and the extended Jensen family. She graduated from Richfield High.

Lorraine married Shan Jorgensen on May 7, 1948 and they had four children: Susan, Shanna, Ron and Milton. The family lived in several locations including Sigurd, Brunswick, GA and Newark, DE. After Shan passed away, she remarried and relocated to Richfield. Lorraine settled in Salt Lake City after her divorce where she enjoyed a successful 25 plus year career with Sears.

Lorraine took great pride in her home and appearance, and loved to entertain friends and family. She was an excellent cook including many family favorites that she learned from her grandmother. Lorraine was a hard worker and successful in all of her career endeavors including retail sales, real estate, and custom decorating. She enjoyed working with people and stayed in the workforce until she was 81. Lorraine spent the last eleven years of her life living in retirement in Bountiful near her children. Despite numerous health challenges in her later years, she proved herself as a survivor time and again. She enjoyed many simple pleasures like sitting outside, cooking, and reading, especially the Salt Lake Tribune. She greatly loved playing bridge.

Funeral services will be held Monday, March 14, 2022 at 12:30 p.m. in the Magleby Mortuary Chapel, where friends may call from 11:00 a.m. to 12:15 p.m. Burial will be in the Richfield City Cemetery. Funeral Directors: Magleby Mortuary, Richfield, salina and Manti. Online guestbook at www.maglebymortuary.com

In lieu of flowers, the family requests that you send a small donation to your favorite charity. Lorraine regularly contributed to numerous charities including Utah Food Bank, American Cancer Society, VFW and Easter Seals.

To send flowers to the family or plant a tree in memory of Lorraine, please visit our floral store.

To order memorial trees or send flowers to the family in memory of Lorraine J. Jensen, please visit our flower store.