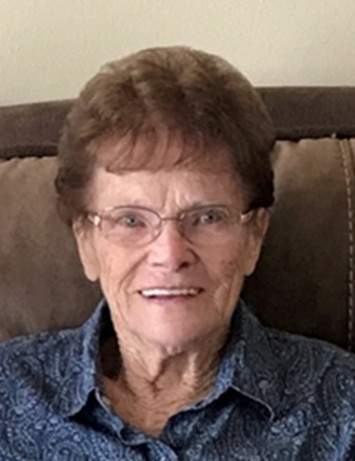 Billie Louise Thalman, 92 of Sigurd Utah passed away on June 27, 2022 in Richfield Utah, only two days after celebrating her 92ND birthday with over 70 of her closest relatives.  Louise was born to Glen “Pooh” and Grace Beutler on June 24, 1930 in Richfield, living above the “Little Wonder Cafe” where as young as 6 years old she would help her father by serving water in the cafe.  She had two brothers, Ted (deceased) and Donald (also deceased).

After graduating from Richfield High School, she attended Westminster College and was part of the cheerleading team.  She left college after one year to return home and marry her sweetheart Harold Thalman and they raised their family of 5: Connie Anderson (Russel deceased), Caryl Christensen (Garn), Caren Nelsen (Charlie deceased), Gary Thalman (Cyndi), and Cathy Blood (Bryan) in Vermillion.  Harold proceeded her in death by almost 25 years.  We’re happy they are together again.

In addition to being the best mom a kid, grandkid, or great-grandkid could ever have, Louise spent 32 years with Utah Farm Bureau Insurance as a secretary and claims adjuster.  Evenings and weekends were spent helping on the farm, keeping score at baseball or basketball games.

Even into her 80’s she would drive or carpool weekly to the Manti Temple. For 27 years her favorite Church calling was a Primary pianist.  And she may of hidden a Louis L’Amour book in with her scriptures, to read between songs.

Funeral service will be held on Saturday July 9, 2022, 12:00 noon in the Sigurd Ward Chapel.  Viewing will be held on  Friday from 6:00 -7:00 pm at Magleby Mortuary in Richfield and  on Saturday at the Sigurd Ward  Chapel from 10:30 to 11:30 a.m. Burial will be in the Richfield City Cemetery. Live streaming of the services and online guestbook can be found under Louise’s obituary at www.maglebymortuary.com Funeral Directors: Magleby Mortuary, Richfield, Salina and Manti.

STREAMING IS LIVE ONLY --- is not recorded for later viewing

To order memorial trees or send flowers to the family in memory of Louise Thalman, please visit our flower store.