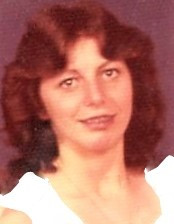 Lynette Beardall Carter passed away June 30, 2022 in Lehi, Utah. Lynette was born in Provo, Utah, on October 6, 1960, to parents Melvin Packard Beardall and Margaret Yvonne Mitchell. She was the 6th child of 3 brothers and 4 sisters. She graduated from Springville High School on May 25, 1978.

Lynette was very dedicated to her husband, Rob D. Carter. They married May 6, 1988. They often moved as part of Rob’s career, and she became very good at packing and unpacking boxes, finding local grocery stores and services, and creating a home in each place.

She loved music, classic rock and country being her favorites, Sudoku puzzles, word searches and playing cards. She also loved crafts, needlepoint and was very good at plastic canvas.

She tried to be a good friend to all that met her. She loved making her lifelong friends at Orem Rehabilitation & Skilled Nursing as well as other skilled nursing facilities.
Lynette battled issues with mental health for many years, but even when circumstances were very rough in her life, others could see her friendly light inside.

Lynette’s family expresses our deepest gratitude to those who have helped in any way with the struggles she had during her life.

The family is very thankful to the medical personnel at Pointe Meadows Health and Rehabilitation in Lehi who helped her during her final days.

Lynette asked not to have funeral services and chose to be cremated. She will be buried with the love of her life, Rob, upon his death. Funeral Directors: Magleby Mortuary, Richfield, Salina and Manti. Condolences may be expressed at www.maglebymortuary.com

To order memorial trees or send flowers to the family in memory of Lynette Carter, please visit our flower store.