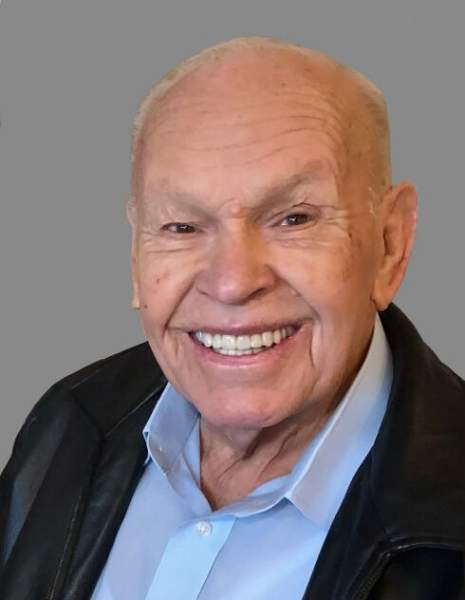 Mack Thomas Dastrup, age 91, passed peacefully in his home in Sigurd on Wednesday, January 27, 2021. Mack was born on December 17, 1929 in Sigurd to Lamar Arnold Dastrup and Miriam Stephenson.  He grew up with three older brothers and one younger sister.

He married Earlene Steele on March 31, 1955 in Frankfurt, Germany.  Their marriage was later solemnized in the Swiss Temple.  Mack and Earlene were blessed with eight children, 31 grandchildren and 34 great-grandchildren.  After the passing of Earlene in 2001, he married Norma Elizabeth Schreiter.  Together they spent close to 20 years blending their families and lives.

Mack speaks fondly of his early years in Sevier County farming alongside his father and brothers.  Prior to serving in the United States Military, he served a 3 year mission in Helsinki, Finland.  Mack earned his Bachelor’s degree in Electrical Engineering and spent his career in the industrial computer division of General Electric.

Mack was passionate about the gospel of Jesus Christ and loved to serve in teaching capacities.  Mack was an ordinance worker in the Manti Temple for 23 years. He served three years in the temple presidency alongside his wife, Earlene, and several years as a sealer.  In 2007, Mack and Norma were called to serve as temple missionaries in Nauvoo.  He spoke fondly of these experiences and of the people with whom he served.  Mack’s favorite pastime was long car rides on the open road.  In 2009, he fulfilled his longtime dream of driving from his home to Anchorage, Alaska.

Mack is preceded in death by wife Earlene and son, Wallace Dean Dastrup.

Private family funeral services will be held Saturday, January 30, 2021 at 10:00 a.m.. Friends may call at the Magleby Mortuary in Richfield Friday evening from 6-7 p.m. Burial will be in the Sigurd Cemetery with military honors by the V.F.W. Sevier Post #5050 and Utah Honor Guard. Live streaming of the services and online guestbook can be found at www.maglebymortuary.com under Mack’s obituary. Due to COVID-19, all attendees must wear a mask and adhere to social distancing guidelines. Funeral Directors: Magleby Mortuary, Richfield, Salina and Manti.

To order memorial trees or send flowers to the family in memory of Mack Thomas Dastrup, please visit our flower store.